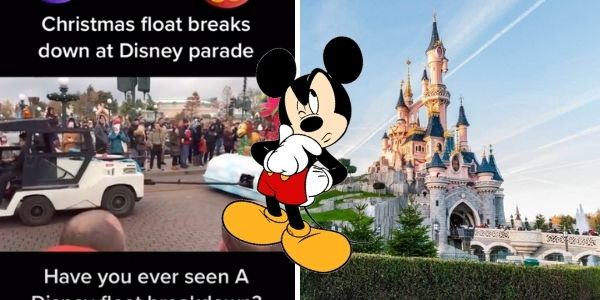 You might need a little more than some pixie dust to get this back up and running.

While at Disneyland, Walt Disney World, or the numerous international Disney Parks across the world, there is so much to do, especially during the holidays. Whether it’s with limited-time experiences like magical decorations, nighttime shows, or all of the exclusive merch, Disney during the holidays is truly magical. Parades are a big hit with Guests of all ages and are a great way to see all your favorite characters like Mickey Mouse, Peter Pan, Cinderella, and many more. That is until you see a parade float breaks down right in front of you at a Disney Park.

Recently, a TikTok was uploaded by Disney Stuff! (@_disney._stuff_) showing a parade float break down in a holiday show at Disneyland Paris. Guests were forced to watch the float struggle to move until eventually it was towed the rest of the way. Watch the full video below:

As you can see in the video, an entire parade float broke down mid-show during a performance at Disneyland Paris. Eventually, the entire float had to be towed forcing the holiday-themed parade to have a not-so-perfect ending. Disneyland Paris is even more magical during the holidays as from 13 November 2021 to 9 January 2022, the festive magic will “come to life!”. Sparkling decorations, Disney Characters dressed in their finest seasonal outfits, and a breathtaking new parade bring magical merry moments in a picture-perfect Christmas card scene. More on the holiday season at Disneyland Paris here.

Have you ever seen a Disney parade float break down? What is the craziest thing you’ve seen at Disney? let us know below!

Comments Off on Disney Christmas Parade Float Breaks Down Mid-Show, Gets Towed