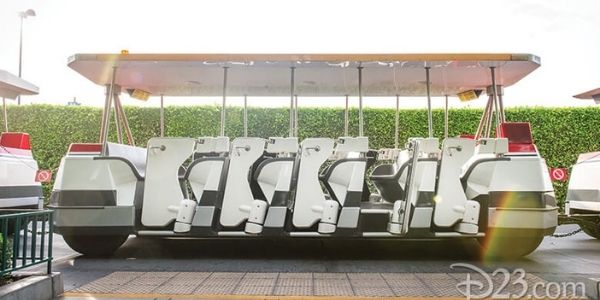 Guests will be walking at Disney World just a little less now.

Walt Disney World offers Guests so many modes of transportation to and from the Parks. Whether it’s the Monorail at EPCOT and Magic Kingdom or the watercraft services that can travel to Hollywood Studios as well as multiple resorts, Guests have so many options in the way that they arrive as well as leave the Parks. Now, after nearly two full years, Guests will once again be able to use the parking lot courtesy trams at Magic Kingdom.

Clocking in at a whopping 644 days without service, these parking lot trams have been sorely missed by Guests. The tram service was suspended along with Walt Disney World’s closure in 2020 due to the COVID-19 pandemic, and little word has been mentioned about it returning until recently when Guests spotted the trams being tested and prepared for once again. Disney announced the trams would be returning this month a few weeks ago, and Guests have been excited ever since.

Social media has been lit up this morning with posts about the trams returning as many Guests are excited their trip to the Magic Kingdom will require slightly less walking now. Tay (@dataytay27) posted a video on Twitter showing the trams making their return:

Trams are back at Disney World!! pic.twitter.com/abNjClVhR5

This complimentary tram service has been greatly missed at all of the Disney Parks, with many Guests becoming frustrated about when exactly it would return. Even Universal Studios got in on the action, making fun of Disney World’s tram situation. Although today marks the return o the tram service for Magic Kingdom, it is still unsure when it will return to EPCOT, Hollywood Studios, or Animal kingdom as Disney has only stated that the trams would return sometime in 2022.

Have you missed the parking lot trams at Disney World? Are you glad they’re back?