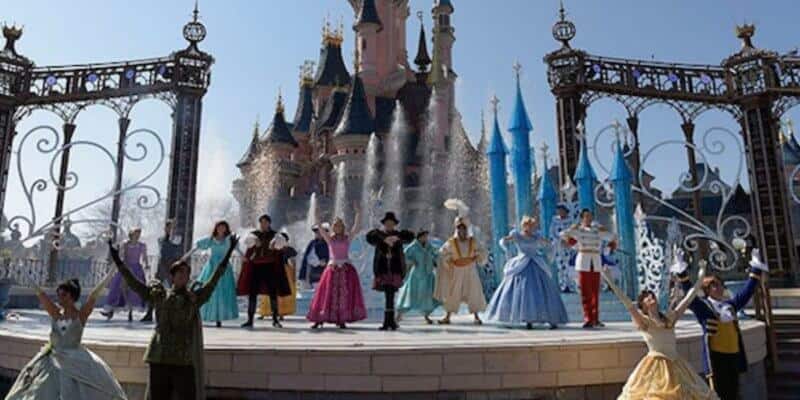 Disneyland Paris has been making a ton of changes as of late, with their 30th anniversary around the corner. Now, it seems that a brand-new show will take place in front of Sleeping Beauty Castle for Mickey’s Dazzling Christmas Parade!

At Disneyland Paris Resort, Guests are currently experiencing Disney’s Enchanted Christmas, and with it, a new Christmas parade called Mickey’s Dazzling Christmas Parade. Disney describes the parade as, “Watch as Mickey & Friends, Disney Princesses, and Santa Claus spread Christmas cheer in our new Parade. At night, the sparkling cavalcade makes a stop to turn on the Christmas Tree lights!”

Now, it seems that colored fountains have been added to the extravaganza! DLP Report (@DLPReport) posted a video of what the new fountains look like.

Although these changes may be small, they do add an extra wow-factor to the show itself. Plus, for Disneyland Resort fans, the idea of incorporating water fountains with color may remind you of World of Color!

What do you think of these new colored fountains? Let us know in the comments below!