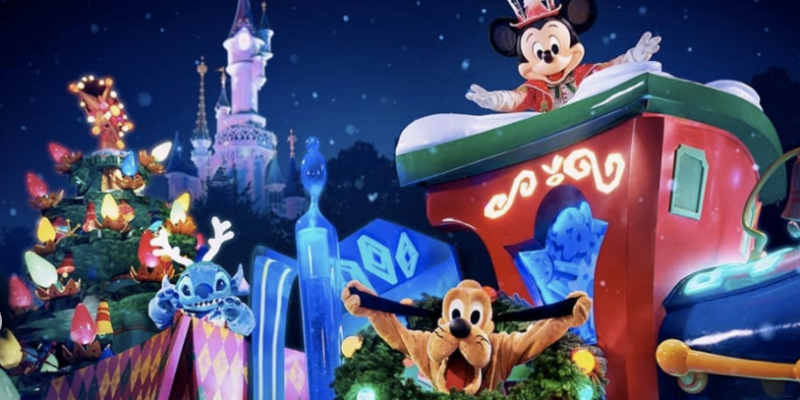 When Guests visit the Disney Parks, they tend to expect a certain level of magic. Considering Disney vacations are quite expensive, most Guests want to see perfection.

Of course, errors and technical mishaps can go wrong, and that is something the majority of Guests learn to accept. For example, perhaps the Haunted Mansion closes down temporarily when you want to ride. That would be disappointing, but there is usually a solution to any issue — in that case, keeping an eye on the My Disney Experience app to ride it once it is available again.

That being said, when there are repeated issues for a group of Guests, the magical experience may take a turn. At Disneyland Paris Resort, Guests are currently experiencing Disney’s Enchanted Christmas, and with it, a new Christmas parade called Mickey’s Dazzling Christmas Parade. Disney describes the parade as, “Watch as Mickey & Friends, Disney Princesses, and Santa Claus spread Christmas cheer in our new Parade. At night, the sparkling cavalcade makes a stop to turn on the Christmas Tree lights!”

Considering the parade is new, it seems that there are still some kinks to work out as there have been multiple audio issues reported. PixieDust (@Pixiedust_be) took to Twitter to note that there were tons of interruptions to the parade music, which seemed to be a pattern.

We just watched the Christmas parade with music interruptions every 2 minutes during the whole parade. This is already day 4 with all sorts of audio problems. This is become an embarrassing. #disneylandparis

We just watched the Christmas parade with music interruptions every 2 minutes during the whole parade. This is already day 4 with all sorts of audio problems. This is become an embarrassing. #disneylandparis pic.twitter.com/herukgygPj

Of course, having constant issues such as this could be frustrating to Guests, and likely for Disney as well as they want to put out a completed product without any issues. We hope that the technical aspects of the audio for the parade can be resolved in a timely manner so that Guests can fall into the immersion and beauty that the parade provides instead of being removed from the moment due to audio problems.

As we have also reported,

“Just as the holidays begin at Disneyland Paris, CGT union members have previously been seen protesting in front of the Disneyland Park icon in response to alleged poor working conditions and understaffing. These demonstrations came in the wake of a housekeeping strike at the Disney Hotel, Disney’s Newport Bay Club, that reportedly left children sleeping on the floor.”

Have you ever noticed any technical issues while in the Disney Parks? Share your story below!