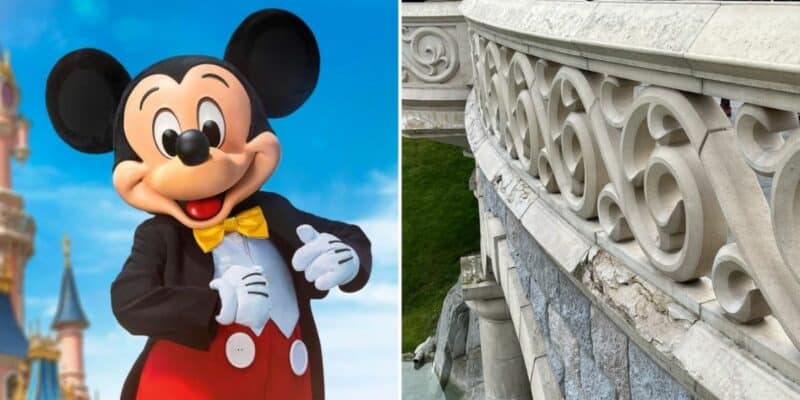 While it’s hard to not feel the Disney magic in any of the Disney Parks, Disneyland Paris in particular has been experiencing some rather extensive refurbishment, and it is set to continue.

Recently, Disneyland Park’s icon and entrance into Fantasyland, Sleeping Beauty Castle, has received some rather extensive refurbishment. The castle was covered up for quite some time while essential work was carried out on the pink Park icon. On Disney+ Day earlier this month, most of the castle was finally unveiled and now Aurora’s abode is pretty much standing in its full glory.

However, as DLP Report (@DLPReport) reveals, the essential refurbishment will begin on the Castle bridge soon.

However don’t get too excited because the Sleeping Beauty Castle bridge which is in dire need of repairs will start getting covered for refurbishment very soon:

🔧 However don’t get too excited because the Sleeping Beauty Castle bridge which is in dire need of repairs will start getting covered for refurbishment very soon: pic.twitter.com/UbHXgpXCC6

Just when the maintenance on the Disney theme park’s Sleeping Beauty Castle bridge will begin remains unclear. What is also unknown is whether the bridge will have the same access for visitors as it does now. It seems likely that Disney Parks are aiming to get the castle looking its best in time for the 30th anniversary celebrations that begin on March 6, 2022.

If Walt Disney World Resort’s 50th anniversary party is anything to go by, Guests visiting the Park during this time will get to experience the ultimate Disney magic while eating their favorite food, using Premier Access to speedily ride select attractions, and watching, potentially, celebratory fireworks!

Just as the holidays begin at Disneyland Paris, CGT union members have previously been seen protesting in front of the Disneyland Park icon in response to alleged poor working conditions and understaffing. These demonstrations came in the wake of a housekeeping strike at the Disney Hotel, Disney’s Newport Bay Club, that reportedly left children sleeping on the floor.

Much like the rest of Disney’s theme park portfolio, Disneyland Paris is still navigating the pandemic and has recently reverted back to its older mask-wearing policy in line with French authorities. Now, six-year-olds and up must wear a face covering while on their Disney vacation. For a short time previously, Disneyland Paris required Guests 11+ to wear a mask.

Are you visiting a Disney Park any time soon? Let us know in the comments down below!