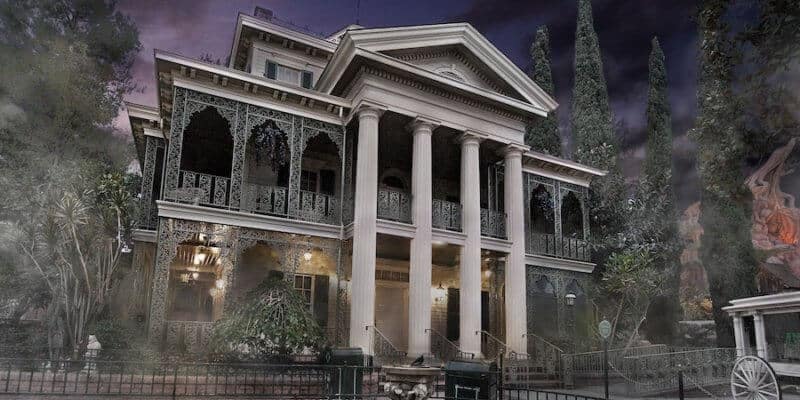 When Guests walk down Main Street, U.S.A., or any other section of Magic Kingdom in Walt Disney World, everything always seems like it is in place. At Disneyland Resort, Guests visiting Disneyland Park may say the same.

In each land of Disney World, for example, whether that be Adventureland, Fantasyland, Tomorrowland, Frontierland, Liberty Square, or Main Street, U.S.A., we can see there is an attraction or icon that is pulling Guests in as a focal point in a perfect way. But what if we told you that one of those icons was meant to be in a very different section of the Park.

When you walk into Liberty Square, there is a lot to take in from the shops, food options, Hall of Presidents, and more. But, the most iconic and popular attraction in that section is the Haunted Mansion which looms at the end of the street. Although the building looks eerie, it still looks like a stunning estate. At Disneyland, we can say the same thing for the Haunted Mansion attraction in New Orleans Square.

Initially, that was never meant to be the case. TikToker’s The Mouselets (@TheMouselets) created a video that indicated that the Haunted Mansion was meant to originally be on Main Street, U.S.A. on a side street that would look a lot more haunted than the rest. The street was meant to look abandoned, as was the mansion, but Walt liked the idea of having a well-kept building to represent the exterior.

What do you think? Would the Haunted Mansion have looked good on Main Street, U.S.A. in Disneyland?

Comments Off on Disney’s Haunted Mansion Was Almost Relocated