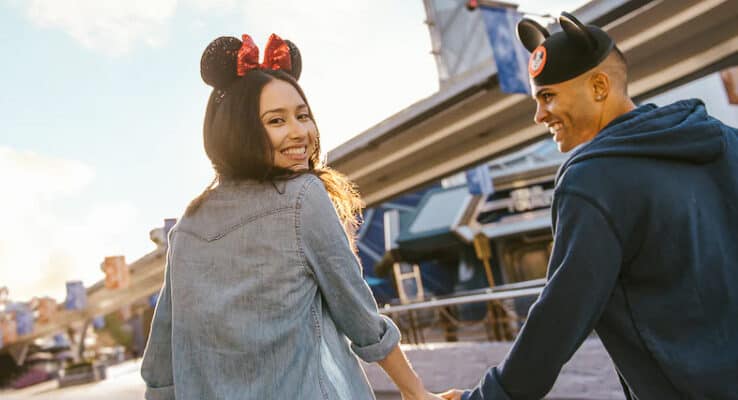 If you are visiting Disneyland Resort this holiday season, be ready to see small price increases at any point in time, especially on Disney Genie.

Disney Genie was first rolled out at Walt Disney World, where Guests were able to use the app to help plan their day. If they wanted, they could purchase Disney Genie+, which is a $15.00 per person per day add-on which allows Guests to reserve a time to enter the Lightning Lane for specific attractions and bypass the standby queue. Not all attractions, however, are included as there are several rides which use an “a la carte” service, leaving Guests having to pay individual prices to skip the lines for the more coveted attractions.

Now, Disneyland Resort has finally rolled out the system. Things work the same however the price for Disney Genie+ is $20.00 per Guest, per day here. There are only three “a la carte” options for Guests at Disneyland Resort:

When the system debuted, Star Wars: Rise of the Resistance had a hefty $20.00 price tag and will continue to have that cost attached throughout the holidays. Radiator Springs Racers and WEB SLINGERS: A Spider-Man Adventure, however, were at $7.00 on weekdays and are now at $18.00. The cost for these separately priced Lightning Lane attractions has always been known to work on a fluctuating scale, and considering Christmas crowds are arriving, we are seeing how dramatic of a scale that can be as the cost for the two attractions has more than doubled.

At Walt Disney World, we have not yet seen a change in the Lightning Lane costs; however, one “a la carte” attraction at all four parks has now been added to the regular Disney Genie+ service for a limited time, which makes the deal even sweeter! At Disneyland Paris, we have seen prices fluctuate for Premier Access a lot, which is their system that has every ride priced individually for those which are included in the system.

What do you think of the Christmas crowd price influx that has been generated with Disney Genie+?