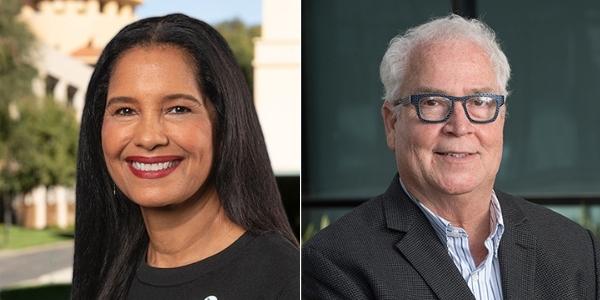 After a several-year run, Bob Weis, Disney’s now-former President of Imagineering, has just been announced to be replaced by Barbara Bouza, who first joined the company as President of Business Operations.

Weis sent a positive and glowing endorsement of Bouza as he informed his fellow Imagineers that he will now act as Disney’s Global Imagineering Ambassador, saying:

As Imagineers, we are inspired by our history and by those who helped shape it. Disney Legend Marty Sklar — who was a close friend and mentor to me — served as a visionary leader at Imagineering for over five decades and, ultimately, became our Global Imagineering Ambassador. In this role, Marty was able to invest in our legacy as a way to build our future, mentor and advocate for our talent, recruit the next generations of Imagineers, and help record our history through his writing.

Today, I am excited to announce that I will follow Marty’s lead and assume the Global Imagineering Ambassador role beginning next year. I am confident about transitioning into this role now after working with Barbara Bouza over the past 16 months and knowing that the future of Imagineering is secure under her leadership. Barbara has taken on increasing responsibility during her tenure, and I am continually impressed with her talent, her leadership and the relationships she’s already built across our company. I’m also very grateful to have the full support of Josh D’Amaro, who has demonstrated his commitment to Imagineering time and time again and his belief that WDI is critical to our company’s future and overall success.

Weis, who started his Disney Imagineering Journey back in 1980, is most notably responsible for ideas and innovations at Shanghai Disneyland as well as serving as President of Imagineering during the additions of both Disney’s Pandora – The World of Avatar and Star Wars: Galaxy’s Edge expansions to its parks. During his time as an Imagineer, Weis had major creative roles in some of our favorite parks and lands such as Disney’s Hollywood Studios, Disney’s Tokyo DisneySea, and even the Cars Land expansion in Disney’s California Adventure.

Bouza moved to her initial role at Disney in June of 2020. Though Bouza may seem like a fairly new and inexperienced addition to the Disney Imagineering team, she has over 25 years of high-level management and strategic design planning under her belt with her former role being Co-Managing Director, Principal of Gensler in Los Angeles. Bouza is a domestic and internationally-published author and has worked with incredibly high-priority clients such as Netflix and JPL/NASA She has also served on the board of the Southern California Chapter of the International Interior Design Association.

Who is your favorite Disney Imagineer? Let us know in the comments!

Comments Off on Disney’s Imagineering President Steps Away, New Creative In Charge