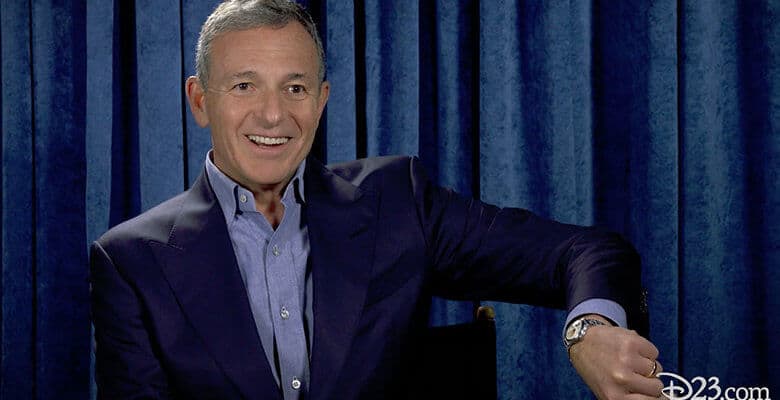 When it comes to Disney leadership, we have seen a lot of discussions, and at times, controversy for whoever is in charge. Being the CEO of the Walt Disney Company is a massive undertaking, as that person is responsible for keeping Disney Park and entertainment fans happy while still attempting to keep the company profitable and innovative. Of course, it oftentimes feels impossible to make everyone happy; however, previous CEO and Disney Chairman Bob Iger seemed to have done quite a good job at balancing the two.

Bob Iger had stepped away as Disney’s CEO last year, after 15 years of leading the company. Bob Chapek has since taken over while Iger stayed as Chairman to help with the transition. His contract will expire at the end of this year, and once that happens, Iger will no longer hold any position at the Walt Disney Company. Since Chapek has become Disney CEO, there has been a ton of backlash from fans on how he is handling the role — including the creation of a petition asking Disney to fire him — which has gained over 84,000 signatures. Read more on that here.

It seems that Iger has just spent three days at the biggest Disney Resort, the Walt Disney World Resort, as a final goodbye to the company and felt the need to share why he is so proud of the company. It seems it is not the rides or acquisitions that have left the former CEO thankful, but the work of the Cast Members.

Just spent 3 days @WaltDisneyWorld & was reminded (yet again) what makes me so proud of @disney …our cast members! Thanks for taking care of me all these years. Thanks for your talent, your commitment & the gratitude you expressed. I am deeply grateful to all of you!

Just spent 3 days @WaltDisneyWorld & was reminded (yet again) what makes me so proud of @disney…our cast members! Thanks for taking care of me all these years. Thanks for your talent, your commitment & the gratitude you expressed. I am deeply grateful to all of you!

Although many Disney fans are sad to see Iger go, we have reported on why Iger made the decision to leave Disney in the past. In short, Iger told Variety:

“Well, the same thing that drove my decision to retire the first time, which I failed at, and that is I happen to believe that change at the top has value for a company. It brings in new perspective, kind of a fresh pair of eyes and a new way of doing things and looking at things. Secondly, I wanted to leave of my own volition. I wanted to leave not only with my head held high but my body feeling pretty strong … so that if there were to be another chapter or another thing that I wanted to accomplish in life, I would have the vitality and energy to do so.”

Iger is also leaving behind a massive success for Disney’s entertainment industry with Disney+ and all of his acquisitions. During the latest “Squawk on the Street” with CNBC’s David Faber, Bob Iger spoke about all of the acquisitions he has made, including heavy hitters such as Marvel and Lucasfilm, and then spoke out on which he believed was the best. Although Marvel and Star Wars account for the top 4 highest-grossing films for a domestic opening weekend, with Spider-Man: No Way Home (2021) entering the second place position, neither of those companies are seen as the best move for Iger. In 2005, Iger acquired Pixar Animation Studios for $7.4 billion, and it seems he has not looked back since.

Are you sad to see Bob Iger go? Let us know in the comments below!