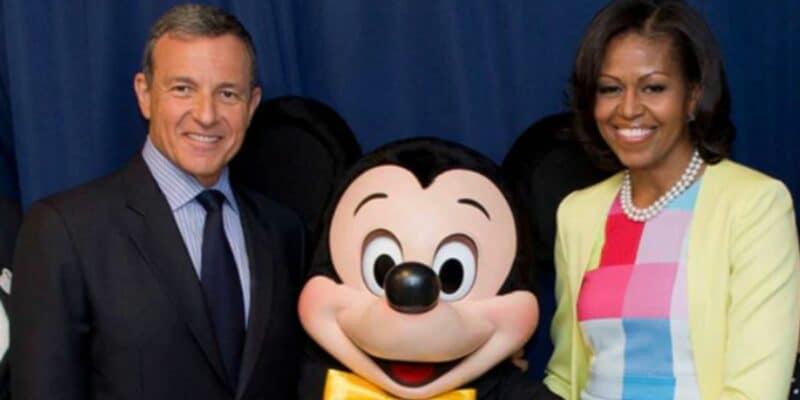 Ever since Bob Iger stepped down from his role as CEO of The Walt Disney Company, rumors began to circulate that he would run for President of the United States. Well, it seems that running for President is no longer in Iger’s future as in a new interview with Variety, he said those thoughts were “naive” and that he is “just over it”.

The Iger-Presidential Run conversation has been ongoing for quite some time now. In fact, Iger’s name has been mentioned more than once over the last two election cycles (including by Oprah Winfrey) and in September 2019, Iger stated at The Atlantic Festival:

“I think that America is gravely in need of optimism, of looking at the future and believing that so many things are going to be all right, or that we as a nation can attack some of the most critical problems of our day.”

And more recently, when Bob Iger released his book, “The Ride of a Lifetime”, he mentioned how serious he was about running for President of the United States. Now, however, it seems that Iger felt those thoughts were “naive.”

During the new interview with Variety, they talked about “The Ride of a Lifetime”, which prompted the question “Are politics completely off the table for you now?” Iger’s response, however, put that dream to rest. “They are,” he said.

So it seems as though, despite Iger being pretty serious about running for President in his latest book, his path has changed and he no longer has plans to do so. We wish Iger nothing but the best and can’t wait to see what the future holds for the former The Walt Disney Company CEO.

In another recent interview, the former CEO of The Walt Disney Company talked about what the future holds. For starters, despite the rumors, Iger is not planning to return as CEO of The Walt Disney Company, as he brought up starting a “blank canvas” and said he does not want to commit to anything for at least six months after retirement. You can read more about this here.

Were you hoping to see Bob Iger run for President of the United States? Let us know in the comments below.

Comments Off on Does Bob Iger Still Want to Run For President? Releases New Statement