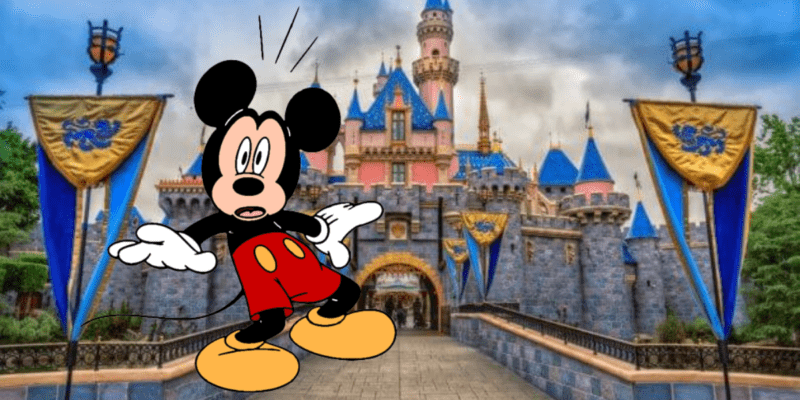 It’s not something you see every day at Disneyland, but when it happens it makes most Guests gasp.

In the past, we have written about multiple incidents where Guests have broken the rules at Disney Parks – often facing severe consequences for their actions.

Now, a recent viral video has shown the moment a group of Disney Guests cross a barrier and actually start climbing on the rocks of a popular Disneyland attraction.

Disney Parks are of course private property and Disney can create its own rules and policies. From mask mandates to clothing choices, Disney can escort Guests from the Parks or even ban them if they break the rules.

Radiator Springs Racers opened back on June 15, 2012, along with the unique Cars Land area. The ride opened to rave reviews from Disneyland Guests and has remained extremely popular since its launch, with Guests often waiting upwards of two hours to race their fellow Disney fans.

Once Lightning Lane and Disney Genie+ launch in Disneyland Resort in California, it has been revealed that Radiator Springs Racers will be one of the costly Individual Lightning Lane attractions.

Lightning McQueen’s racers are seemingly a fitting attraction for the “Lightning Lane” service.

The video shows Guests seemingly climbing the rocks and crossing the barrier of Radiator Springs for a photo opportunity:

“I didn’t know Radiator Springs was now a jungle gym!”

It’s unknown if Cast Members became aware of this incident or if the Guests themselves received consequences.

Back in September, we reported on a Guest climbing Cinderella’s Castle over in Magic Kingdom in Walt Disney World, who ultimately received a ban from entering Disney Parks.

Another Guest and ex-Cast Member were banned from Disney World for life after promoting drinking from decorative water fountains and taking photos backstage.

The Walt Disney World Resort, Disneyland Resort, and other Parks around the world have strict measures in place when it comes to prohibited activities while on property.

For the California theme park, the Disneyland Resort’s website shares guidelines they have in place to cater for the health and safety of all Guests on their Disney vacation, including:

Tour Ornament Valley and arrive in Radiator Springs—the cutest little town in Carburetor County—where the movie Cars springs to life. As you prep for the big race, all the locals show up to help. Mater, Lightning McQueen, Doc Hudson, Sally, Luigi, Guido, Mack and Ramone are all rooting for you!

Have you ever witnessed Guests cross barriers in Disneyland or Walt Disney World? Let us know!