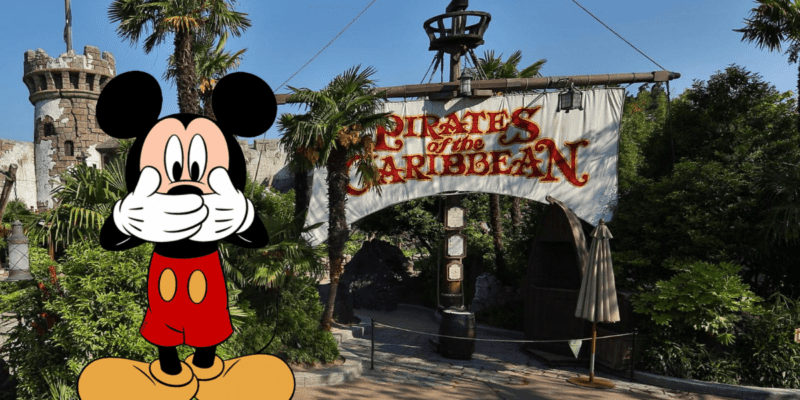 It’s always a unique experience when an attraction at a Disney Park goes wrong or breaks down.

From live show fails to technology failures, attractions at Disneyland Resort, Walt Disney World, and Disney Parks across the world sometimes suffer mishaps beyond the magic they create for Guests.

And on Friday, Disneyland Paris suffered a power outage that closed most popular attractions.

The power outage at the theme parks, located in Marne-la-Vallee just outside of Paris, occurred around 12 P.M. on Friday and led to many major attractions being unavailable to Guests.

Due to a power cut, most Attractions at Disneyland Paris are currently closed.

🔧 Due to a power cut, mostly Attractions at Disneyland Paris are currently closed. pic.twitter.com/UwWVV9pkbq

Twitter user Jack Hodgson was eating at the Disneyland Paris version of the Blue Bayou restaurant, Captain Jack’s – Restaurant des Pirates, and got a view of the Pirates of the Caribbean attraction with the service lights on:

Currently sat in captain Jack’s have a fab view of pirates with the lights on pic.twitter.com/8xaJQprv2O

DLP Stats reported many lengthy and unusual closures of rides at the Paris theme parks this morning, including Pirates of the Caribbean, which suffered a 155-minute closure due to the power cut:

Pirates of the Caribbean has been reopened after an interruption of 155 minutes.

Stay tuned to Inside the Magic for more updates on this developing story.

Like the other Disney Parks around the world, Disneyland Paris is one of the happiest and most magical places on earth. But that doesn’t make it immune to common, real-world issues like power outages.

Remember that even vacations filled with pixie dust and Mickey magic can have their fair share of mishaps, but Disney Parks always try their best to make them better.

Have you ever experienced a power outage at a Disney Park like this one at Disneyland Paris? Let us know in the comments!