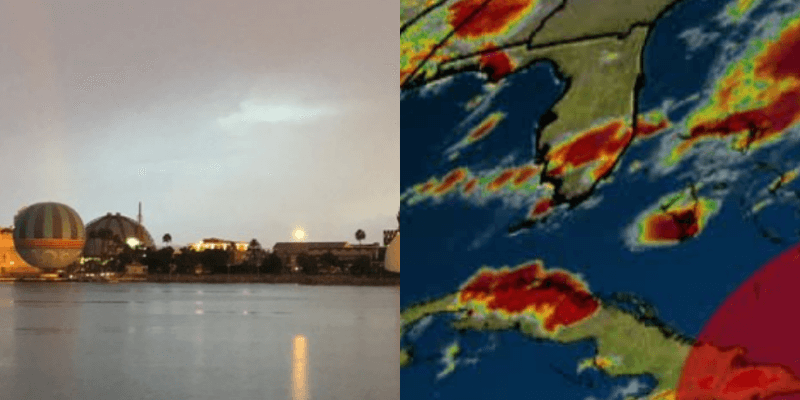 A storm in Florida is moving rapidly through the Orlando area, affecting guests at Walt Disney World.

Several Walt Disney World guests, including our own Inside the Magic team, have been experiencing power outages at their Walt Disney World Resort hotels as well as at Disney Springs, the shopping, dining, and entertainment district adjacent to the theme parks. The storm has prompted several store closures across Disney Springs.

While staying at Disney’s Saratoga Springs Resort and Spa, our Inside the Magic team experienced power outages throughout the entire resort, with backup generators powering only select areas. Disney Springs, which happens to be located within walking distance of Disney’s Saratoga Springs Resort and Spa, has also gone dark. The impact has also extended to Disney Springs area hotels.

Here are some pictures below taken live from Artist’s Palate at Disney’s Saratoga Springs Resort and Spa as well as the view of Disney Springs from the resort. You can tell by the photos that there was definitely a blackout.

Some Walt Disney World Resort guests have taken to social media to share the news of the blackout. Some were even watching movie screenings at the AMC Theaters at Disney Springs when the power outage occurred. Take a look:

Power out through all of Disney Springs Marketplace right now!

Neighboring Saratoga Springs is out at well. @ReedyCreekEM @ReedyCreekFire stay safe out there!

Thanks to the storm causing a power cut in Disney Springs, we’re relying on the flashing garlands for light. ? pic.twitter.com/QyCZBGXP7z

@DisneySprings power is out. Please give us an update.

@AMCTheatres power is out at Disney Springs theater. What would be the process for getting a refund / return ticket? Guest Services can’t do anything at the moment due to no power.

The power just went out at Disney Springs…#storm

So… power went out in Disney Springs West side. Eating at Jaleo and saw AMC and Splitsville lose power #Disney #disneysprings #WaltDisneyWorld

The weather also prompted the temporary closures of major Walt Disney World attractions, such as popular rides at Magic Kingdom: 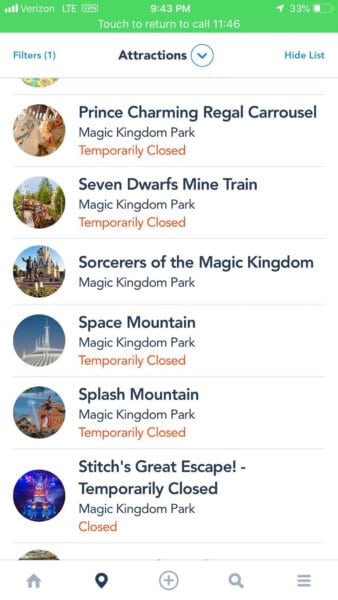 From what we can tell, the power outage could be caused by inclement weather that Florida is experiencing ahead of Tropical Storm Dorian, which is moving toward Florida. Orlando Sentinel weather experts report that the tropical storm can cause harsh winds to move throughout south and central Florida by Friday and Saturday, and it’s projected to become a Category 1 hurricane by Wednesday as it passes over Puerto Rico.

A cast member at the marketplace boat dock reported feeling a tingle just before the power went out that supports the assumption of a lightening strike in the area. The same cast member shared that this is the biggest power outage he has seen while at work with the blackouts widespread in this area of Walt Disney World.

At around 9 p.m. EDT on Monday, power was restored to Disney’s Saratoga Springs Resort and Disney Springs, and stores and restaurants had reopened.

Have you ever been at Walt Disney World during a storm or power outage like this one?