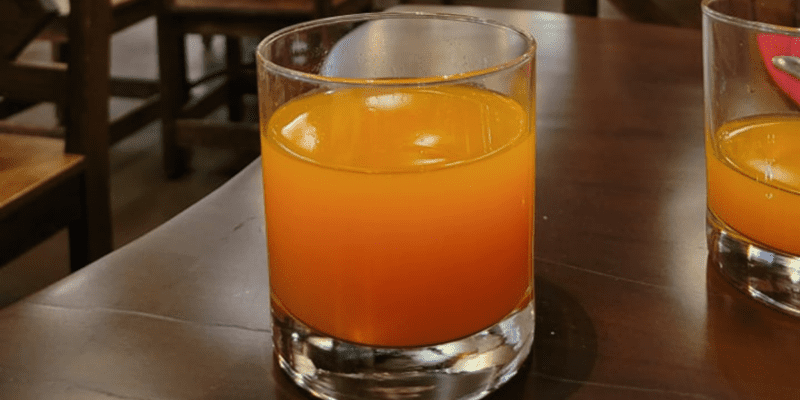 Whatever you call this wonderful beverage, most Disney Guests would agree that their Walt Disney World vacation isn’t complete without a taste of this refreshing drink.

Back in September, POG juice returned to Walt Disney World after a lengthy absence, and now it seems Disney has once again changed the supplier of this fan-favorite item.

Last week, Inside the Magic was at Disney World and enjoyed the return of the breakfast buffet at Boma – Flavors of Africa in Disney’s Animal Kingdom Lodge. We noticed a difference in the POG juice, and got some exciting news.

During the phased reopening of Walt Disney World, Guests noticed that restaurants like ‘Ohana and Boma had stopped offering the famous POG juice — that’s passionfruit, orange, and guava for those unfamiliar — due to a shortage during the pandemic.

Back in September, POG juice returned to the Walt Disney World Resort, but with a different look and taste. Disney has changed the supplier to Nestle due to COVID-19 related issues.

The drink was noticeably more yellow in color and sweeter in flavor, and, according to Cast Members, contained a different juice content than the original POG drink.

Now, Disney has confirmed that as of last week, the original supplier – Minute Maid – has returned to make this delicious juice with the original recipe!

The juice is back to its glowing orange coloration, and according to Boma’s Cast Members, will stay under Minute Maid’s control for the time being.

The waitress was incredibly understanding of our POG addiction. We also discovered that if you ask, Cast Members will provide you with a to-go cup of POG!

Thanks to ClickOrlando, we have a list of locations currently serving the popular POG Juice beverage at Walt Disney World Resort:

Will you be getting POG Juice on your next visit to Walt Disney World? Let us know!