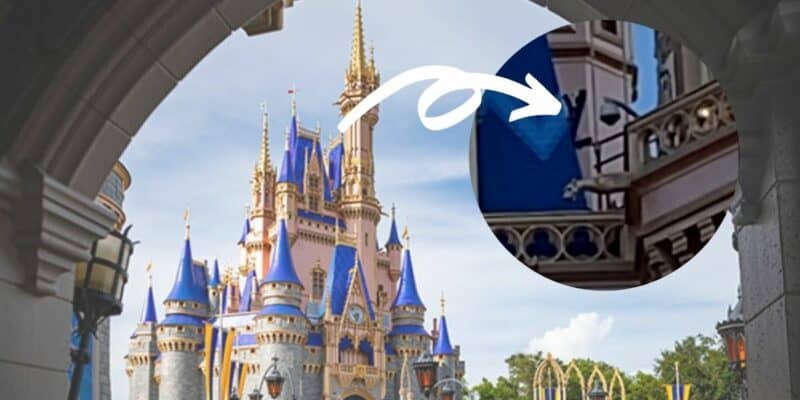 Walt Disney World is filled with one-of-a-kind entertainment, unique restaurants, magic, and more. But did you know that while visiting the Most Magical Place on Earth, Cast Members are always watching you… thanks to several hidden cameras spread throughout the theme parks?

In a video posted to TikTok by The Mouselets, they uncover one of Disney’s biggest secrets — hidden cameras. All around the theme parks, Disney has placed hidden cameras so that they can keep an eye on Guests, ensuring everyone is following the Park rules.

Within the video (below), we can see hidden cameras at various locations including inside the Mexico pavilion at EPCOT and on top of Cinderella Castle at Magic Kingdom.

We also know that many Walt Disney World attractions have cameras located inside of them so that Cast Members can keep an eye on Guests and ensure they are following the rules. For example, one time a Cast Member came over the loud speaker on Carousel of Progress to tell the Guests to keep their face coverings on during the entire show. Cast Members were able to see Guests remove their face coverings thanks to hidden security cameras placed throughout the rotating theater.

We also know the Tomorrowland Transit Authority PeopleMover has security cameras throughout the ride track so that Cast Members can make sure Guests remain seated with their hands, arms, feet, and legs inside the vehicles at all times.

Related: Did You Know There’s a Secret Door at Magic Kingdom?

Did you know that Walt Disney World is filled with hidden cameras? Let us know in the comments below.