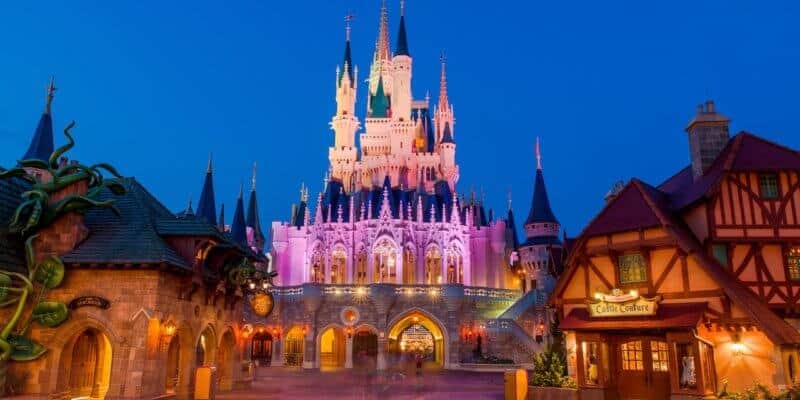 The Walt Disney World Resort is in full preparations for Magic Kingdom’s 50th anniversary celebration! However, it’s something of the past that has caught our eye. There’s a hidden door tucked away in Fantasyland. But what purpose does it serve?

Related: Gaston’s Tavern May Be Getting a 50th Makeover

Tucked away, in the far corner of Magic Kingdom’s New Fantasyland is a Disney secret that’s almost out of sight. You have to know exactly where to look in order to spot it. Thanks to TikTok user brycen-franek, we know the location of the secret door that’s next to Gaston’s Tavern.

Is it just for show or is it practical too? #disney #waltdisneyworld #magickingdom #mk #gastons #beautyandthebeast

This secret door is to the right of the Tavern and sits right in front of the restrooms. It’s a little door, and it reminds us a lot of the tiny door in Disneyland’s Fantasyland that seems to belong to the White Rabbit from Alice in Wonderland. But unlike the White Rabbit door, this secret door has no name attached to it. The question still remains: what purpose does this little door serve? Is it story-based? Or does it have a functional purpose?

Most of the comments on TikTok were more speculative and story-based. Some mentioned Cinderella’s mice, Gus & Jaq. While others thought it could possibly be a connection for Alice to get to Wonderland after she’s shrunk. However, thanks to another TikTok user, we think we have a better idea of why this tiny door exists.

Former Disney Cast Member and Disney fan Danielle (thedapperdanielle on TikTok) had a better explanation for why this door exists and the purpose of it. She prefaced the video by explaining that she does not speak for the Walt Disney Company and that her knowledge comes from many years of being a Cast Member.

She explained that the door is actually a calculation error from when New Fantasyland was being developed. Since there is a manhole located directly in front of the door, if the construction crew were to continue building that wall, it would have covered up a portion of that manhole which would create a problem for plumbing. According to Danielle, Disney had to get a little creative here and installed a tiny door that still happens to go along with theming, but still allows for the functionality of the land. She goes more in-depth in her video below.

Remember that Disney hasn’t publicly confirmed the true purpose of this tiny door in Magic Kingdom, but it is certainly fun to hear what former Cast Members have to share on TikTok.

This is such a fun little quirky spot within the Magic Kingdom that Guests probably walk past all the time, but is now a part of Disney history. How fun!

Have you seen the secret door inside Fantasyland? Let us know in the comments!

Want to visit Walt Disney World for the 50th anniversary celebration? Let Academy Travel help you with all of your vacation planning!