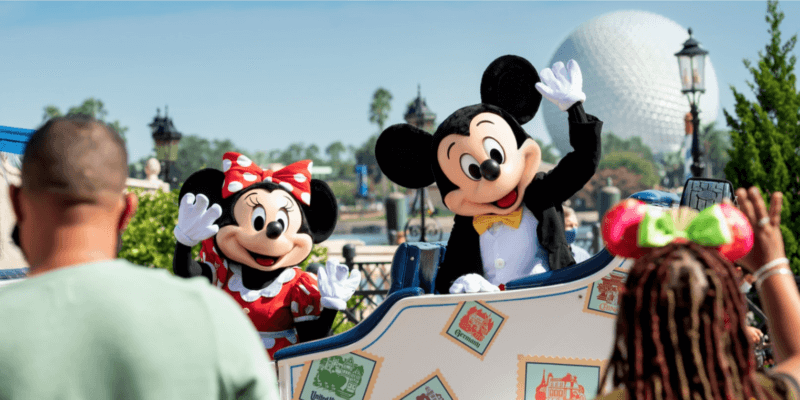 Visitors all around the world flock to Disney Parks on a daily basis. Whether it’s “meeting” Mickey Mouse, Minnie Mouse, or other Disney characters, riding popular rides like Splash Mountain and the Star Wars: Rise of the Resistance attraction, or strolling down Main Street, U.S.A, a Disney vacation is a memorable theme park experience for all the family.

For Cast Members, some Disney Guests are likely to be memorable too, and not always for the better. Here’s why you do NOT want to be called a “Treasured Guest” while visiting a Disney Park.

Disney’s portfolio of theme parks stretches far and wide. The Walt Disney World Resort in Orlando, Florida is currently amid its 50th anniversary celebration dubbed The World’s Most Magical Celebration, across all of its Parks — Magic Kingdom, EPCOT, Disney’s Animal Kingdom, Disney’s Hollywood Studios, and even Disney Springs — while Disneyland Resort in Anaheim still attracts millions of Guests even after 66 years.

These are all magical places built on Walt Disney’s vision that Disney is for everyone. And while most Guests visiting one of the Disney Parks Resorts are there to have a joyous time, sometimes Cast Members can face the brunt of certain frustrations, rudeness, and even rule-breaking at a Disney theme park.

AKA the “Treasured Guest”

The behavior of some visitors is so high-maintenance that staff has a special name for them.

If a visitor is particularly rude or disruptive, staff will refer to them as a “treasured guest.”

Disney has rules against employees using negative or insulting language in front of customers.

So the staff has come up with a more diplomatic name for the worst visitors.

There is a slight tongue-in-cheek aspect to the term “Treasured Guest” as Disney aims to make sure ALL Guests are cared for and catered for to the utmost standard — likely even when they decide to become not very nice themselves. As Brandon Presser on Bloomberg claims:

Screamers get cajoled into a furnished “quiet room” off Main Street [U.S.A] or, worse, taken to security backstage to await municipal authorities. (While its movies include plenty of whimsical prisons—Rapunzel’s tower, Quasimodo’s belfry—Disney doesn’t have a jail.)

In fact, while we can’t say that the following were classed as “Treasured Guests”, there have been a fair few incidents at Disney Parks recently, notably at the U.S. destinations. In Central Florida’s Magic Kingdom at the Walt Disney World Resort, one Guest recently climbed to a restricted area on Cinderella Castle and was later reportedly “banned” from the Park.

Over at Avengers Campus in Disney California Adventure, Disneyland Resort, one Guest dressed up as Spider-Man and performed acrobatics while the real Spider-Man was just a few feet away. Disney has strict guidelines about breaking rules while Park property including not entering Cast Member Only areas, and never attending a Park in costume (unless for selected events).

Have you ever seen a “Treasured Guest” at a Disney Park? Let us know in the comments down below!