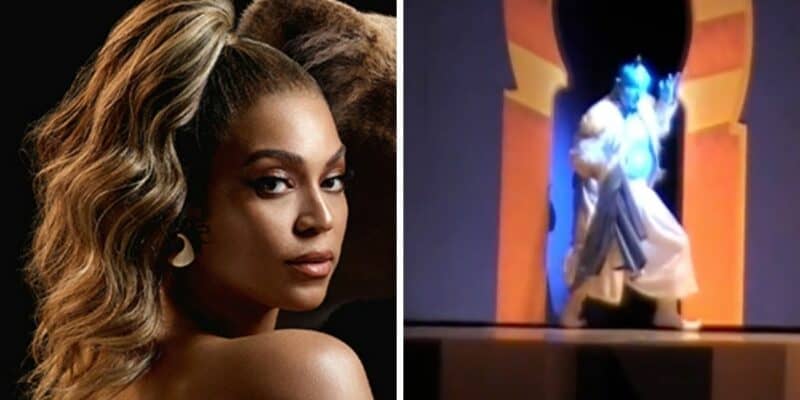 One of the best aspects of the now-closed Disney’s Aladdin: A Musical Spectacular at Disney California Adventure was the Genie. Former Disney entertainer Dylan White was one of the actors who took on the role of Genie and every time he stepped foot on that stage he made the audience laugh and created memories that will last a lifetime.

Though the show is now closed (it closed in 2016 and was replaced by a musical stage show inspired by Disney’s 2013 animated film Frozen), White is very active on TikTok, sharing behind-the-scenes stories and some of his favorite moments as Genie.

We have seen White break out all different bits, but for this one, he channeled his inner Beyoncé. In the TikTok video below, during one of the performances, Genie ran around the stage before he yelled “hey, if you like it, you should put a ring on it!”, before doing the iconic “Single Ladies” dance.

If you are not familiar, Disney’s Aladdin: A Musical Spectacular was a Broadway-style show based on Disney’s 1992 animated film Aladdin at Disney California Adventure. Disney entertainers burst out into song and dance as they told the story of the animated film, Aladdin.

However, as we mentioned earlier, the show closed in 2016 and was replaced by a musical stage show inspired by Disney’s 2013 animated film Frozen.

Were you able to ever watch Disney’s Aladdin: A Musical Spectacular at Disney California Adventure? Did you ever see White play the role of Genie? Let us know in the comments below.