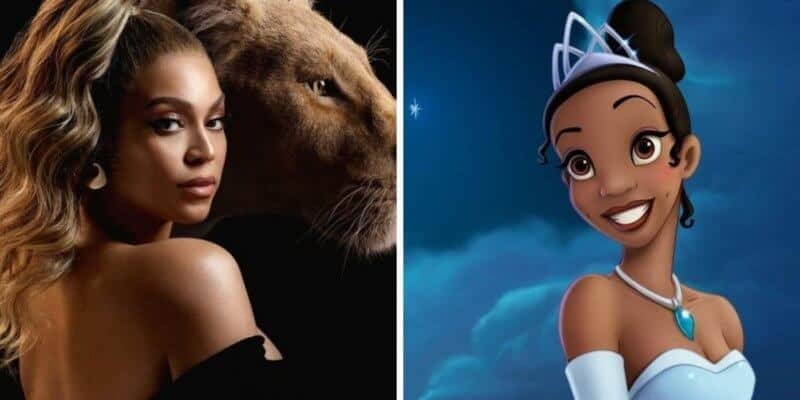 Beyoncé is perhaps one of the biggest stars in the world. The Grammy-award winning artist has dominated the music industry since the 90s, as the lead singer of the band Destiny’s Child before then going on to embrace a hugely successful solo career.

Beyoncé has also carved out a career in the film industry, starring as Deena Jones in Bill Condon’s Dreamgirls (2006) and more recently in The Walt Disney Company’s live-action remake, The Lion King (2019), directed by Jon Favreau.

However, it would seem that Queen Bey could have joined the Disney family sooner. Bey — who is marred to fellow musician Jay Z and the mother of three children including Blue Ivy — might have appeared in one of Disney’s most beloved animated classics if things had gone a little differently.

The Walt Disney Company has created some of the most memorable characters in animation history. From flying elephants like Dumbo, to the heroic young deer Bambi, and even Mickey Mouse himself, Disney’s catalog of characters is as robust as it is imaginative. That being said, some of Disney’s most beloved icons have one thing in common — they are princesses.

Ariel came from the sea on her quest for love, Cinderella lost her glass slipper at the ball, Snow White took a bite of a poisoned apple, and, Princess Anna became a Queen after Elsa claimed her rightful destiny. The princesses in the Disney animated canon have spawned a franchise in itself. From collectible dolls to impressive LEGO sets, characters like Rapunzel, Aurora, and Belle have gone on to live past their animation movie debuts.

Another fan-favorite princess arrived on the scene in 2009. The Princess and the Frog saw hard-working Tiana striving to achieve her dream to own her own restaurant and carry on her late father’s culinary legacy. The role of Tiana was originated by Tony award-winner, Anika Noni Rose, where she starred alongside the vocal talents of Bruno Campos (Prince Naveen), Mama Odie (Jenifer Lewis), and Keith David (Dr. Facilier).

However, according to The Princess and the Frog casting director, Jen Rudin, the casting of the main cast, particularly Rose’s Tiana wasn’t a straightforward process.

Who else was up for the role of Tiana in The Princess and the Frog?

Speaking in November 2013 while promoting her book “Confessions of a Casting Director”, Rudin — who also cast Disney and Pixar’s The Incredibles (2004) and Chicken Little (2005) —  said she has accommodated some rather strange requests:

“William Shatner always needed fresh sushi, Kiefer Sutherland needed a cigarette and In-N-Out Burger,” she told us. “Rosie O’Donnell needed chicken of some sort. Elaine Stritch, she had to have hard-boiled eggs and skimmed cappuccino. Owen Wilson and Woody Harrelson, one of them were vegan or macrobiotic. It was unique.”

On the casting for The Princess and the Frog, Rudin shared an anecdote about “Halo” singer Beyoncé.

“Beyoncé expected an offer, but wouldn’t audition and so she didn’t get one,”

It would seem the Mouse House still requires even the most powerhouse of vocal talents to audition for their movies. Rudin also shared some other popular names who auditioned for the fan-favorite Tiana role.

“Tyra Banks, Jennifer Hudson wanted it. Alicia Keys auditioned three times . . . They had to sing, so we made it clear they needed sheet music. Tyra came in with a CD, but it didn’t matter because she was so pretty and nice.”

Rose would eventually be cast for Disney’s 49th Animated Classic feature, with the casting director stating, “she was the most qualified.”

It is hard to imagine anyone else bringing the powerful yet endearing Tiana to the big screen. For Beyoncé though, he turn as Nala in Jon Favreau’s The Lion King who spawn the soundtrack The Lion King: The Gift (2019) — which was curated by Beyoncé and her production label, Parkwood Entertainment — as well as the accompanying Black is King (2020) musical and visual album. The former featured a range of African artists like Shatta Wale and Yemi Alade.

What’s next for The Princess and the Frog?

The Princess and the Frog is set for a big inclusion in Disney’s theme parks in the near future. While the Tiana meet and greet is a popular part of the park experience, last year saw the news that the historic Splash Mountain would be revamped into a New Orleans bayou-themed water ride. The news caused controversy, with Splash Mountain being such a beloved part of Walt Disney World and Disneyland.

While Disney has not released too many details surrounding the new ride, Disney and theme park fans are hopeful that musical classics like “Almost There” and “Friends on the Other Side” will appear. The music of The Princess and the Frog was originally meant to be composed by Disney legend Alan Menken, however, the Aladdin (1992) composer was replaced with Toy Story‘s (1995) Randy Newman.

Tiana and the rest of the cast of The Princess and the Frog are also returning to the (small) screen next year in a new animated musical adventure series exclusively for Disney+. The series is simply called Tiana and will be executive produced by Walt Disney Animated Studios Chief Creative Officer and Frozen (2013) director, Jennifer Lee.

You can watch Beyoncé’s visual album, Black is King, on Disney+ now.

Would you have liked to see Beyoncé as Tiana?