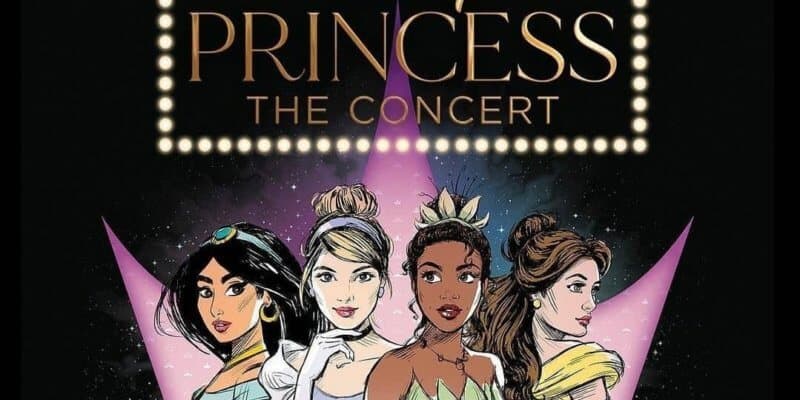 For generations, Walt Disney has touched the hearts of many Disney fans around the world with classic Disney tunes and numbers from our favorite Disney Princesses like Cinderella and Belle. Many Broadway shows like Frozen and The Lion King have brought Disney fans together under one roof to enjoy the live interpretations of our favorite classic films.

We are happy to announce that after a year of hard work, Disney Concerts will provide a new live show with an award-winning cast and Broadway stars called Disney Princess – The Concert!

Disney Broadway is Back!

For those who are unaware, Susan Egan is a Disney legend! She is known for roles such as Belle in the Broadway musical show Beauty and the Beast (1994) and the voice of Megara “Meg” in Hercules (1997).

Recently, Susan Egan better known as @iamsusanegan on Instagram shared some exciting news for Broadway fans. Starting November 1, 2021, and in cities all over the United States, a new Broadway show will feature an evening of songs, animation, and stories of our favorite Disney Princesses.  This award-winning cast including Christy Altomare from Broadway’s Anastasia and Aisha Jackson, who was the first Black woman to portray the role of Anna from Frozen on Broadway.

This has been a hard secret to keep, but for the last YEAR+, we’ve been working with @disneyconcerts to co-produce an expanded, embellished and exultant new version of our beloved Broadway Princess Party now titled ‘Disney Princess – The Concert’ sponsored by @theofficialpandora ! Thousands of hours (yes, mostly on @zoom !), brilliant new creative & business partners, and our core family at BPP LLC have all come together to create something we are VERY proud to now share with you!! We are touring to more than 85 cities, starting November 1, 2021, so find us in a kingdom near you!! It’s our dream come true and we can’t wait to see you there!

You can find all of this information on VIP packages, tour dates and locations, and more on the cast on the official Disney Concerts website.

Are you buying a ticket to Disney Princess – The Concert? Let us know in the comments below your favorite Disney Broadway show!

Comments Off on Broadway Stars Bring Disney Princesses to Life in New Show!