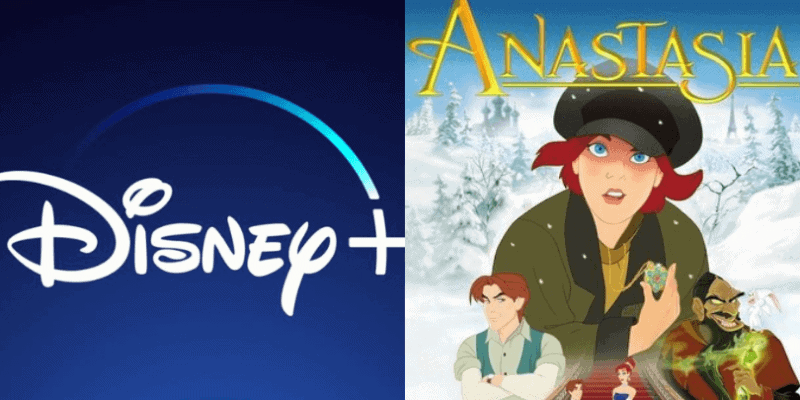 On Friday, December 4, the Grand Duchess Anastasia will finally take her place among Disney Princesses as her movie, 20th Century Studios’s Anastasia, arrives on Disney+. While Anastasia has not yet been named an official part of the Disney Princess line-up, it could be coming down the pipeline — there has been no word from Disney yet.

Packed with Meg Ryan, John Cusack, Kelsey Grammer, Hank Azaria, Christopher Lloyd, and Angela Lansbury, Anastasia tells the story of Russia’s famous princess through award-winning music and animation. The quality of the film was so great, in fact, that fans mislabeled it as a Disney movie for years. But now, with The Walt Disney Company acquiring 21st Century Fox, this princess can at least sit beneath the Disney umbrella with her movie among those of the official members of the Disney Court.

Until now, Anastasia was one of the most sought after Disney-made or Disney-owned movies that are missing from its streaming platform. We at Inside the Magic recently reported that there are over 30 musicals alone that are still missing from the collection. These include, but are not limited to, Enchanted (2007), Cinderella (1997), A Muppets Family Christmas (1987), and Tarzan in Concert with Phil Collins (ABC, 199).

For those who have yet to see Anastasia, it is a piece of historical fiction that follows the Grand Duchess Anastasia (Meg Ryan), the youngest daughter of Czar Nicholas II of the Russian Empire, after she was separated from and survived the assassination of her family by the communist Bolsheviks in 1916 which the movie shows was made possible by the evil Rasputin (Lloyd) selling his soul for the power to bring down the Romanovs.

Raised as an orphan named Anya, completely unaware of her true identity, Anastasia meets Dimitri (Cusac) and his assistant Vlad (Grammar) as rumors buzz around the city of St. Petersburg that the Princess was still alive. Her grandmother, the Dowager Empress (Lansbury), living in exile in Paris, announces she is offering a massive reward for whoever returns Anastasia to her. Dimitri and Vlad–also completely unaware of who she is–decide to try to pass Anya off as the missing princess, and the three being a journey west, pursued by the evil Rasputin desperate to finish the job.

Filled with unforgettable songs like “Once Upon A December,” and “Journey to the Past,” Anastasia is a story of self-discovery and the power of love and memory that can be enjoyed by the whole family.

Are you excited to see Anastasia finally come to Disney+? What is your favorite song in the film? Let us know in the comments!