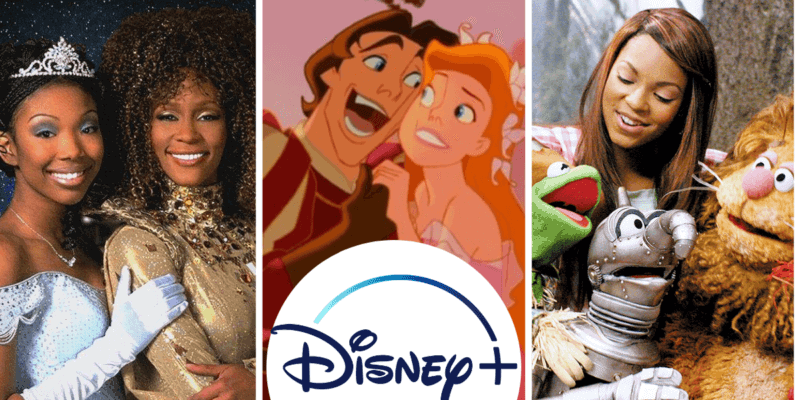 You can sing “Hakuna Matata” with The Lion King cast or “I’ll Make a Man Out of You” with Mushu, but that doesn’t mean Disney+ has every Disney-owned musical on it yet. In fact, there are currently over 30 missing Disney musicals, or rather, musicals that Disney owns.

We already know that Disney has 600 film and television shows that still aren’t on the Disney+ streaming service and musicals are no exception. Many of these were purchased from 20th Century Fox during Disney’s acquisition of the company, so it’s perhaps not a surprise that they’re still not on the service. However, that doesn’t make them any less classic, and many of these musical theatre gems regularly top critic polls.

Let’s check out the classic movie musicals that every Disney fan should see at some point.

Which musicals owned by Disney aren’t on Disney Plus?

For every High School Musical and Little Mermaid, there’s an Enchanted, the famous Disney classic that blends Disney animation with live performances. It’s unclear why beloved gem (which includes an unofficial Disney princess) isn’t on the streaming service, while 20th Century Fox movies like The Greatest Showman are.

Equally perplexing is the missing Rogers and Hammerstein Cinderella, an original movie that reinvented the story with color-blind casting that was widely praised as a diverse and tight remake. A number of Muppet movies are still outstanding, too.

Make way for The Cheetah Girls 2 I guess…?

Being serious, it’s most likely a rights issue for most of these, and while the story isn’t clear with Enchanted, it could will be that the Mouse is waiting for its long-awaited sequel to launch before releasing it on Disney+.

The full list of missing Disney musicals on Disney+

Thanks to What’s On Disney Plus, we have the full list of missing musicals:

30. Simply Mad About the Mouse: A Musical Celebration of Imagination (1991)

Musical theatre and Disney go hand in hand. Most Disney classics contain at least one iconic song, though recently their film choices have moved away from this mold with song-less classics like Wreck it Ralph and Big Hero 6. I also can’t imagine Rey singing a duet with Luke in the next Star Wars film.

Still, the musical is a Disney staple that I don’t see going anywhere. We love movie musicals and nobody does em better than Disney. From Camp Rock, to The Jungle Book, to pretty much every other Disney animation classic (my favorite is Winnie the Pooh 2011), Disney is king of the movie musical, particularly in the animation department.

Let’s just hope these movie musicals end up on the streaming service eventually.

Do you want to see these missing Disney musicals on Disney+? Let us know in the comments below.