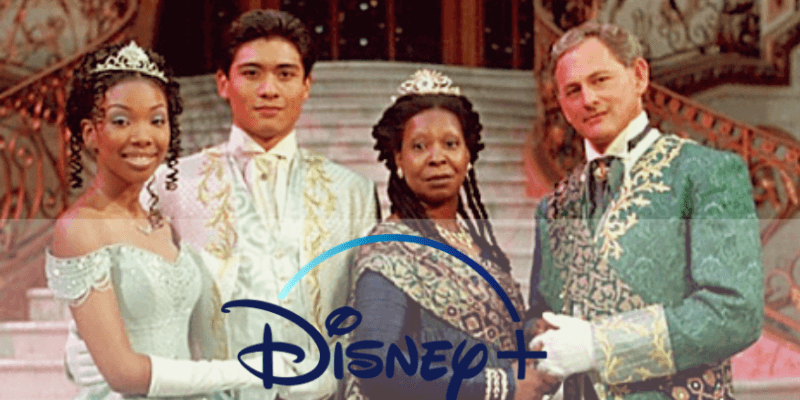 With Halle Bailey‘s recent casting as Ariel in The Little Mermaid and Princess Tiana from The Princess and the Frog as the first animated Black princess, Disney is bringing greater diversity in its movies. However, there was a Cinderella adaptation that was ahead of its time in this regard, and its fans (and star) have got to ask; where is 1997’s diverse Cinderella Disney+ release? 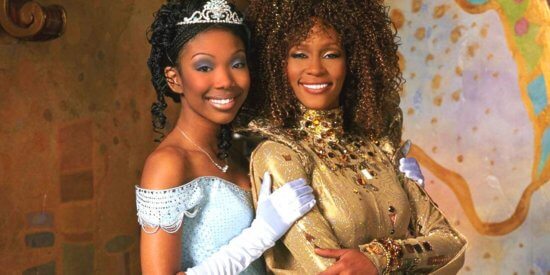 For those who don’t know, Brandy is a singer-songwriter who was huge in the 90s. She starred as the title character in Cinderella, and was one of two Black woman leads alongside Whitney Houston as the Fairy Godmother. Whoopi Goldberg also supports as the Queen.

Brandy was recently asked by Rolling Stone why the movie wasn’t on Disney+ already, to which she was clueless:

‘I absolutely don’t have any insight into that! I have no idea why isn’t it on Disney+. It should on there because it’s Whitney Houston alone. You know what I mean? All by itself, just because it’s Whitney Houston. So, I don’t know. But I mean, Double Platinum, the movie that I did with Diana Ross, just was released on Netflix. That’s hope that maybe Disney can come on up and scoop up Cinderella. That would be awesome, I would love that.’

It’s worth noting that Cinderella was produced by Walt Disney Television, and is thus presumably fair game for Disney+. Why Disney hasn’t released it is unknown, but hopefully the company releases this diverse reinterpretation of the classic fairy tale in the near future! (I mean, Whitney Houston as the Fairy Godmother! More people need to see that.) 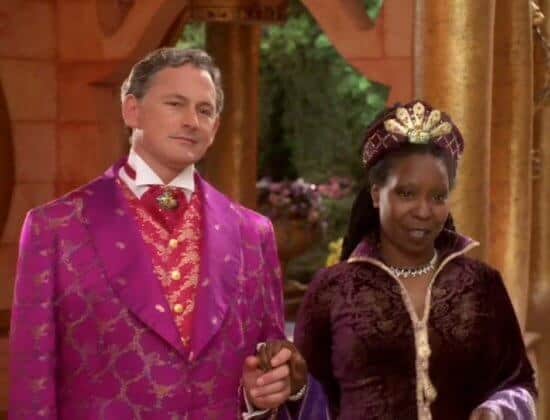 Featuring the first Black Cinderella is nothing to sniff at, but the rest of the cast is equally diverse. The Prince is played by a Filipino actor (Paolo Montalbán) while his father is a white man (Victor Garber), and his mother is a Black woman (Goldberg).

Tony award winner Bernadette Peters plays the other iconic Cinderella character, her wicked stepmother. Cinderella’s stepsisters are also pivotal to the story, and are played by a white female (Veanne Cox) and a black female (Natalie Desselle-Reid) respectively.

The movie was praised not only for its diversity, but its reinvention of the Cinderella character, who was made to be a stronger character, as opposed to her original Disney movie and fairy tale depiction. Every little girl or boy can look up to Cinderella and see a strong woman more similar to the 2015 Disney version.

Cinderella 1997 is as charming as the handsome Prince himself, and we’d love to see it on Disney+. It tells the Cinderella story in a classic way while introducing a revolutionary multi-ethnic cast, twenty years ahead of Black Panther’s groundbreaking diversity.

Hopefully, this is one story that Disney+ can add to its new playlist soon, as this movie is pure magic.

Have you seen the 1997 Cinderella movie? Should Brandy sit alongside Rapunzel, Aladdin, and the other Disney leads? Let us know in the comments below.