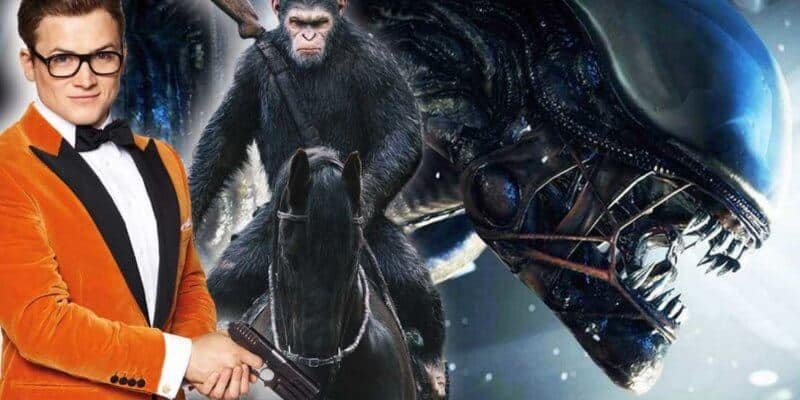 During CinemaCon, the largest and most important gathering of movie theater owners from around the world, Disney confirmed that the company will be moving forward with Fox-owned franchises of “Alien,” “Planet of the Apes,” and the “Kingsman” movies.

When Disney originally announced their plans of purchasing the 21st Century Fox movie studios, a lot of fans were left in fear, not knowing the fate of some of the company’s biggest film franchises. One specific franchise that had a lot of fans talking was one the company has held onto for 40 years, “Alien.”

The news that Disney is planning more “Alien,” “Planet of the Apes,” and “Kingsman” film comes from Twitter by a few of CinemaCon 2019’s attendees.

Disney confirmed #Alien is one of the franchises they are actively continuing during their #CinemaCon presentation! @AlienAnthology pic.twitter.com/98zWVqlAp8

What’s so interesting about the news of the continuation of “Alien” is that Fox had just recently celebrated the franchise’s 40th anniversary with a series of shorts and animated series based on the game “Alien: Isolation.” However, fans are more interested in seeing Xenomorphs on screen. Specifically, fans of “Covenant” would like to see Ridley Scott wrap up his prequel trilogy, despite the fact that “Alien: Covenant” didn’t hit big at the box office.

Right now, it is not known what direction Disney will take the franchise. Although, the fact that the franchise is even being continued is exciting enough for most fans.

The next “Kingsman” film coming to the big screen is “Kingsman: The Great Game,” which is said to be a prequel set during World War I. The film was just recently pushed back to February 2020. However, theoretically speaking, that still leaves some time for another film to begin pre-production right behind the release of “The Great Game.”

Are you excited for more “Alien” films by Disney? Let us know in the comments below!