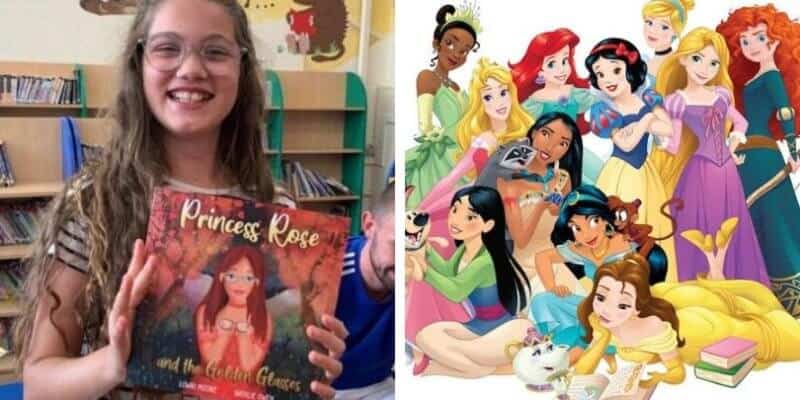 In the past, Disney has been criticized by fans saying the company has a history of portraying princesses as mostly white and from European descent.

However, as time passes, we know that there are ethnic diverse princesses like Jasmine, Pocahontas, Mulan, Tiana and Moana.

But now, an 11-year-old from Nottingham wrote a letter to Disney, not asking for a British princess represented, but calling for more princesses wearing glasses!

In 2019, Lowri Moore, 11, wrote to Disney’s chief executive, Bob Iger, to ask Disney to create more glasses-wearing princess. In her letter, she pointed out that characters that wear spectacles are usually portrayed as “geeky or nerdy instead of beautiful.”

“I’ve grown up watching Disney princesses and I’ve always admired them and thought they were beautiful,” the letter said. “Unfortunately none of the princesses wear glasses and that made me feel as though I’m not beautiful enough.”

On an interview for BBC, Lowri said that even though Rose is not from Disney, she can still be a role model for young girls.

“The illustrations are amazing and I’m so excited this has happened,” she said to BBC.

Cyrilyn Moore, Lowri’s mother, is also excited about Rose and her story.

“[The character] thinks she’s not beautiful because she’s wearing glasses. A bit like someone else I know,” Cyrilyn said to BBC. “And she goes on a bit of an adventure where she discovers she actually is beautiful.”

As of the writing of this article, Disney has not replied to Lowri’s letter.

However, it’s amazing to see the power this young girl has to challenge the diversity barrier Disney has been trying to breach.

What did you think of Lowri’s princess Rose? Let us know in the comments below.