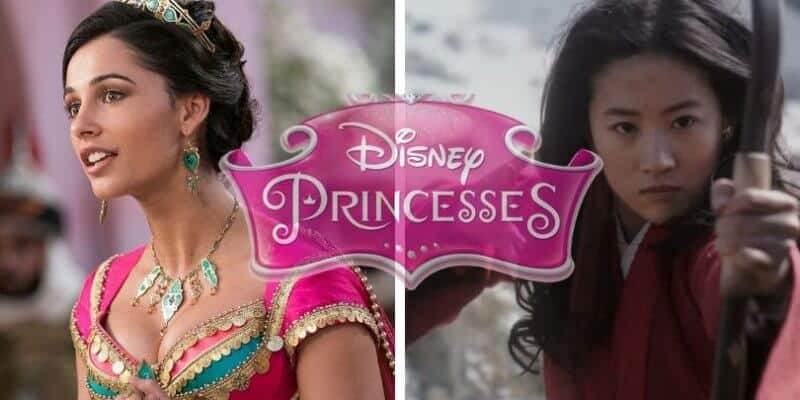 A comparative study conducted in Sweden in 2019 aimed to answer just that. Sociologist Charu Uppal started studying the effects of Disney princesses on girls since 2009. Her concern was that classic Disney princesses are mostly white and Western, which could affect girls around the world.

It is important to mention that the study mainly focuses on Disney princesses created before the year 2000, the ones characterized as “classics.”

Her study was conducted over two time-periods, with a gap of ten years between them (2009 and 2018), in three different countries — Fiji, India and Sweden — with 140 girls with ages between 8 -15 years old. The study’s goal was to examine how Disney princesses are perceived and understood by girls.

Fiji, India and Sweden were chosen as countries for the study because they provided an opportunity to explore differences in perception of Disney princesses between girls in nonwestern countries, and raised in countries with (Sweden) and without (Fiji and India) royal families. The differences between the countries would allow a different lens to view the same content.

The study was composed of interview, focus groups, and participants’ drawings to gather the data.

Related: Artists reimagined Disney Princesses with short hair and the results are amazing

Some of the questions asked during the study were:

The most common responses in Fiji was ‘I do not belong to a royal family, am not light skinned, and not as polite, so cannot be a princess.’

Related: Artist reimagines Disney Princesses as normal people and the results are hilarious

During the drawing part of the study, the participants were asked a simple and task; to ‘Draw what you think a princess looks like.’

Here were some of the results:

It was also noticed that several of the girls drew Disney princesses like Ariel and Aurora even when they were not specifically asked to draw a Disney princess.

“We didn’t say, ‘Draw a Disney princess.’ We said, ‘Draw a princess,’ ” said Uppal during an interview for NPR in 2019. “In India, they didn’t draw a single girl in a sari, or in Fiji a sulu chamba [traditional Fijian garb].”

Overall, the study showed that the exposure to Disney princesses in various formats — movies, costumes, school stationeries, dolls, etc. — have created a uniform idea of beauty across countries. The participants perceived Disney princesses as being caucasian and American regardless of the race or country they were from.

For example, girls from India and Fiji perceived princesses like Jasmine and Mulan as “American” and did not identify with them, whereas girls from Sweden considered Mulan and Jasmine as princesses of nonwestern origin.

Disney’s portrayal of princesses, even princesses of color, seems be through a western lens, which does not allow girls of color to identify with the characters. Instead, girls in Fiji and India, despite having watched clips of Mulan, Jasmine, and Pocahontas, indicated that they did not possess the right qualities for being a princess, especially skin color, nor did they identify with any of the princesses, nor could they correctly place the countries to which the princesses belonged. – Over Time and Beyond Disney—Visualizing Princesses through a Comparative Study in India, Fiji, and Sweden by Charu Uppal

Despite the small sample sized used in Uppal’s study, media studies professor at Salem State University and author of The Princess Problem: Guide Ours Girls Through the Princess-Obsessed Years, Rebecca Hains, says that the study is worth considering.

“The kind of work Uppal is doing is quite significant,” Hains said during an interview to NPR. “The U.S. — a country with no royalty – has colonized children’s imaginations of what a princess is, and that’s something to take seriously.”

She also points out that the Disney princesses that came after Jasmine in 1992, including Pocahontas, Moana, Tiana and Mulan, have started to change that view.

“The newer princesses of color have definitely expanded the vision of what constitutes a princess,” Hains says.

But Uppal’s study, and in her interview to NPR, still indicate that this new wave of diverse princesses have not yet surpassed the image of the older, and according to Uppal, more popular generation of white princesses worldwide.

Do you agree with the study’s findings? Let us know in the comments below.