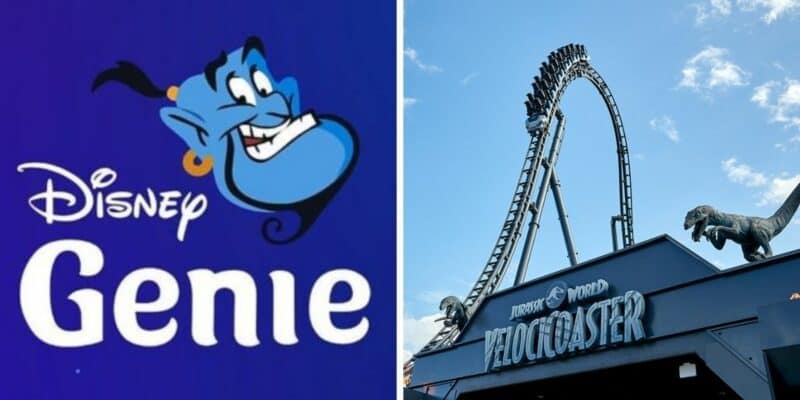 On October 19, Disney launched its brand-new planning tool — Disney Genie — at Walt Disney World Resort in Florida. The service will be launched at Disneyland Resort later this fall. According to Disney, Disney Genie will help Guests plan their perfect day in the theme parks and will maximize their time spent enjoying attractions by minimizing their time waiting in line.

Florida is the world capital for theme parks with Walt Disney World, Universal Studios Orlando, and SeaWorld Orlando battling it out for theme park supremacy. The Parks constantly watch each other and love to entertain fans by interacting with each other on social media. Fans love to see the back and forth and sarcastic love the Parks show to each other — especially when it comes to Universal Orlando.

Universal loves to be extra-shady when it comes to the House of Mouse and its new rides and experiences, and they have enjoyed poking fun at the new Disney Genie service in the past. With the launch of Disney Genie, Universal just had to get back in on the action and the Park’s official Twitter account tweeted what their suggested attraction is and why.

– It’s new
– It has Raptors
– That second launch

– It's new
– It has Raptors
– That second launch

Jurassic World: VelociCoaster opened this past summer and has been a massive hit with Guests ever since. The queue is typically a long one, but Universal Guests seem to have no problem waiting as they think that the ride is absolutely worth it.

Many Guests who are used to visiting Walt Disney World were not happy to hear that the free FastPass system was being replaced by a paid-for system, but Disney Genie+ is copying a program that has been in place at Universal Studios for years. Universal’s Express Pass is more expensive than Disney Genie+, but there is an unlimited option that allows Guests to skip the line of participating attractions.

Disney Genie+ will cost Disney World Guests $15 per person, per day and Lightning Lane access can be accessed once per attraction, depending on availability.

Would you rather pay for Universal Express or Disney Genie+? Let us know in the comments!