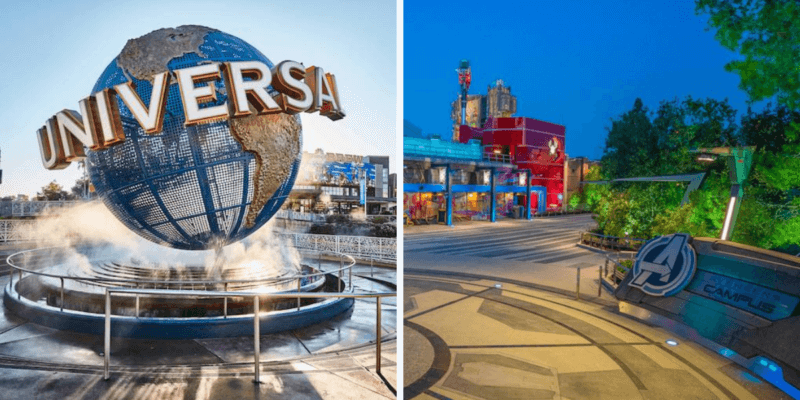 In just a matter of weeks, Disneyland Resort’s newest themed area, Avengers Campus, will open and details continue to be revealed about what Guests can expect when they become immersed in all things Marvel. Disney recently revealed that the newest attraction at Avengers Campus — WEB SLINGERS: A Spider-Man Adventure — would contain a Disney first. Theme park Guests would be able to have an interactive experience on the new attraction — for a price.

Disney announced that Guests would be able to purchase WEB Power Bands and when on the ride, would be able to use them to do things like shoot electro-dynamic spider webs and repulsor blasts. Fans were quick to react to the news that Guests would have to pay if they wanted to have the fullest experience possible on WEB SLINGERS. Most of them were annoyed at the fact that they would have to shell out more money just to have a complete ride experience.

The base model of Power Bands would cost $35 and an upgrade to the Spider-Man, Ghost Spider, Iron Man, or Rescue versions will cost an additional $30. Many fans are likening the new Avengers Campus option to DLC — short for Downloadable Content. Downloadable content is a part of a video game where the player can pay and have the ability to download extra content within the game.

Universal Studios Orlando decided to put in its two cents and threw some serious shade at the House of Mouse on Twitter.

While Universal Studios offers interactive wands for purchase at the Wizarding World of Harry Potter, the wands enhance the experience of the whole themed area, not just one specific ride. However, at Universal Studios Japan, a Snap Bracelet is needed for a lot of the new Super Mario World theme park area.

While the WEB Power Bands are not necessary to enjoy the new WEB SLINGERS: A Spider-Man Adventure attraction, they will give Guests a more immersive experience than those without them, so it will be interesting to see just how popular these Power Bands become. The Iron Man and Rescue Power Bands can also be used outside the park, but the Spider-Man and Ghost Spider ones will only work on WEB SLINGERS.

Whose side are you on, Universal or Disney? Let us know in the comments!