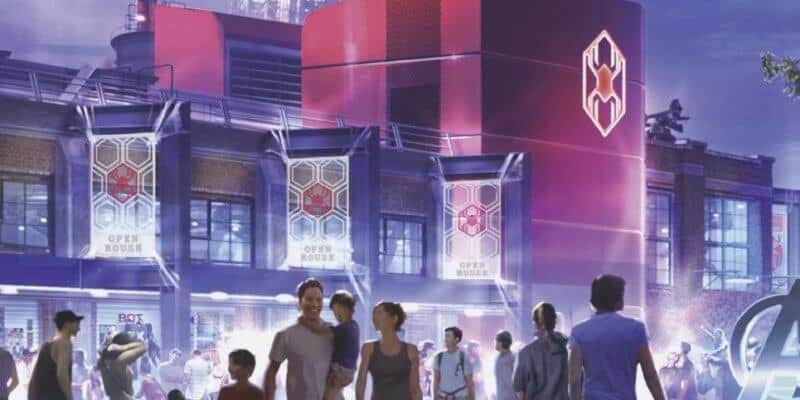 Avengers Campus is finally almost ready to greet its hero fans at Disney California Adventure — and Marvel is rolling out the red carpet to help promote the Marvel land. After a year-long delay, the tie-in comic miniseries “W.E.B. of Spider-Man” is finally hitting comic shops.

PREVIEWSworld shows that the first of the comic series’ five issues is scheduled for release on June 9, only a few days after Avengers Campus officially opens on June 4. The second issue will hit comic shops on June 23. And, as seen on PREVIEWSworld, there are two new covers to take a sneak peek at, including a variant cover for the first issue that shows a rendering of Avengers Campus. 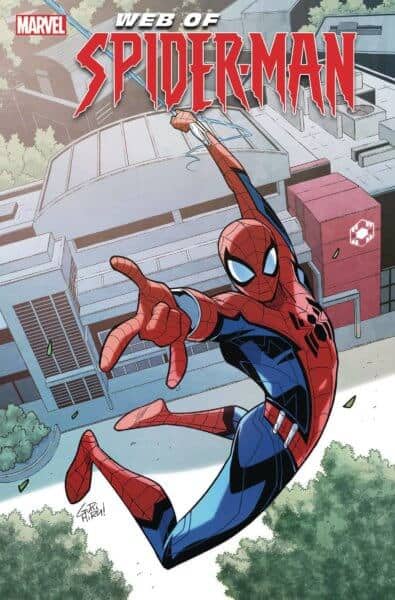 Written by Kevin Shinick with art by Rob DiSalvo and cover art by Gurihiru, the synopsis of the comic teases a story fans can probably look forward to seeing a little bit of when we visit the parks and, specifically, WEB Slingers: A Spider-Man Adventure, the Peter Parker-themed ride:

Peter Parker. Spider-Man. Scientist. Troublemaker? Thanks to none other than Tony Stark, a new scientific research station for the teenage heroes of the Marvel Universe has just been completed – and Spider-Man just got an invitation to join! Working alongside some of your favorite faces from the MU and a whole bunch of awesome new gadgets, and with Iron Man keeping an eye on the them, surely everything’s going to go great for the heroes, right?
… Right? Face front, True Believers, and treat yourself to this first issue in an adventure of the WORLDWIDE ENGINEERING BRIGADE! 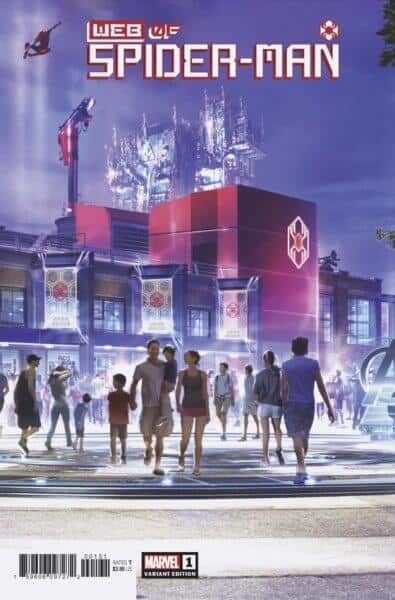 Could this mean we’ll be seeing more comic tie-ins from Avengers Campus coming to the pages of Marvel Comics? Among the other attractions that Avengers Campus will offer, there’s a Doctor Strange attraction that seems like it could be good foundation for a new story about everyone’s favorite Sorcerer Supreme, as Disney teases you can “learn mysterious secrets from Doctor Strange and discover ancient, magical artifacts.”

Are you looking forward to finding out more about Avengers Campus and Spider-Man’s story? Let us know!