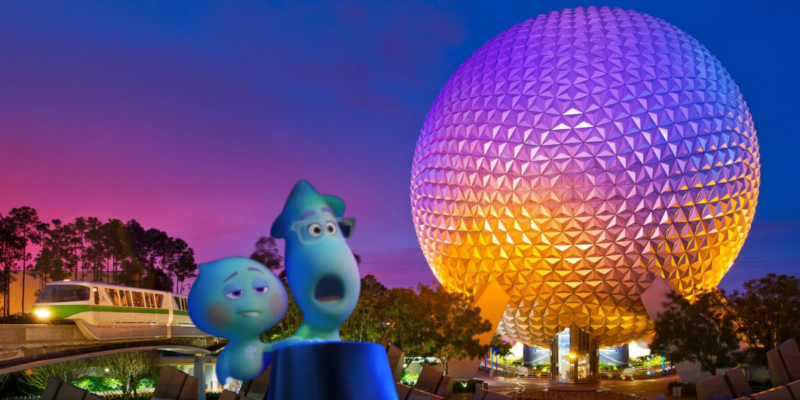 It’s always special when a touch of Disney magic escapes the theme parks and makes its way to your own town.

And now, Disney Parks Blog has revealed that a musical experience will go beyond the Parks and into the cities that inspired the Disney and Pixar movie Soul (2020).

At The Soul of Jazz: An American Adventure, Joe Gardner — the musician and teacher from Soul, released straight to the streaming service Disney+ last year— Guests will discover the rich and surprising history of jazz.

The exhibit was first introduced at The American Adventure at the World Showcase in EPCOT as a tribute to a musical art form that originated by African Americans and fuses influences from many different cultures. Disney has now revealed that this once exclusive EPCOT experience will travel to the cities where jazz took root and grew into the genre we know today.

Starting October 26, 2021, and moving forward into into next year, the exhibit will come to three museums across the country:

Walt Disney Imagineering partnered with these local museums to recreate an EPCOT experience for visitors and residents to enjoy in their hometown and demonstrate the influence these cities had on the story of jazz.

Co-composer of Disney and Pixar’s Soul, Jon Batiste, hopes the takeaway from this exhibit is one that makes people want to sing, dance, and feel the transcendence that jazz evokes:

“Similar to the joy and deeply rooted nostalgia Walt Disney created in his theme parks, jazz really has the ability to do that and add to that vision in a way that’s tremendous.”

Each appearance of The Soul of Jazz: An American Adventure will feature a unique collection of artifacts curated by local museums. Two maquettes of characters Joe Gardner and Dorothea Williams can be found, as well as an interactive exhibit to test your knowledge of jazz. Whether you go to New Orleans, Kansas City, or Harlem, you’ll be sure to learn something new about jazz from this Walt Disney World experience!

Watch the video below for a sneak peek of the exhibit, as John Dennis, executive creative director at Walt Disney Imagineering, and Jon Batiste dive into the history of jazz and its ability to bring us together:

If you happen to be in one of these musical cities, we envy you! Enjoy the magic of Disney and Pixar’s Soul without even booking a flight to Walt Disney World Resort.

Will you be heading to one of these museums to see some Disney magic outside of the Parks? Let us know!

Comments Off on EPCOT Exhibit Now Coming to Museums Across the Country!