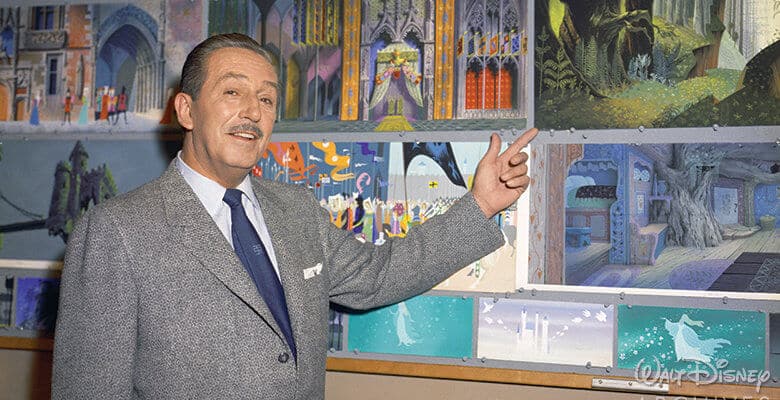 Located in two iconic areas in New York City,the MET, the Metropolitan Museum of Art, has displayed and conserved over 5,000 years of art from all over the world since 1870.

These gorgeous buildings have connected and inspired many people from all walks of life. According to D23, The MET is showcasing an opportunity to learn and explore the artistic side of Walt Disney and Walt Disney Animation Studios this year for the first time ever!

Many Disney fans may already know just how much Walt Disney was inspired by European Art. Disney’s classic films such as Cinderella and Sleeping Beauty are perfect examples of that, displaying animated illustrations of Gothic Revival architecture and medieval influences.

The Disney company continued to pay tribute to his legacy and love for 18-century art from creating Rococo-inspired objects from Lumiere and Cogsworth from Disney’s Beauty and the Beast to Disney’s Riviera Resort in Walt Disney World.

The largest section in the museum will feature Beauty and the Beast as the exhibition will mark its 30th anniversary of this animated theatrical release. Per D23,

Movie sketches will be seen alongside the 18th century clocks, candlesticks, and teapots that may have inspired Cogsworth, Lumiere, and Mrs. Potts and illustrate how both Disney animators and Rococo craftspeople found ways to bring these inanimate objects to life.

Beast’s transformation scene, which was animated by Glen Keane and inspired by sculptor Auguste Rodin’s The Burghers of Calais, will be spotlighted, along with Beauty and the Beast’s beloved ballroom scene, whose backdrop calls to mind the Hall of Mirrors at Versailles.

And a “Be Our Guest” display will look at the ways glittering silver and porcelain buffets were part of the festivities at Versailles and other European courts.

The Wallace Collection located in London is collaborating with the Metropolitan Museum of Art to bring this exhibition to life. This is definitely a diehard Disney fan’s dream come true, and I personally cannot wait to experience this first hand in New York. To plan your visit, purchase tickets, and learn more information on this spectacular opportunity, visit the Met website.

Will you be visiting the Met for this Disney-inspired exhibition? Let us know your thoughts about this event in the comments below!

Comments Off on The Metropolitan Museum of Art Showcases the Art of Disney!