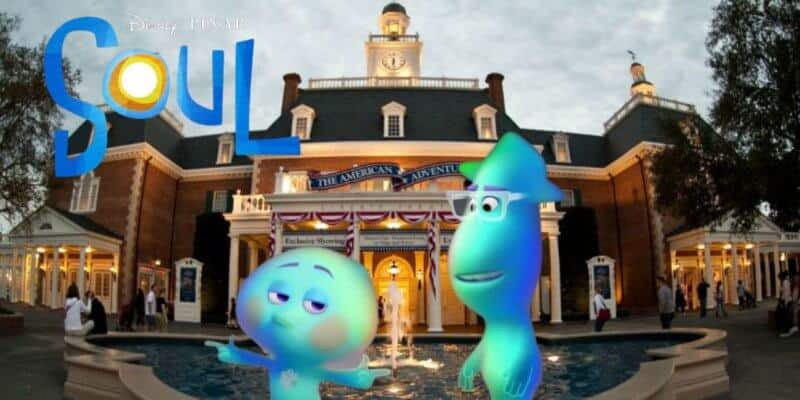 The newly released Pixar film Soul will soon be featured at Disney World in EPCOT!

Walt Disney Imagineering’s Carmen Smith stated that “Guests will be able to explore the colorful history of jazz… You will join Joe Gardner on a musical tour across America. We’re going to make stops in New Orleans, Chicago, New York, Los Angeles, and Puerto Rico. We’re working with some of the top jazz museums across this country. Jazz is the story of America, it unites people from every walk of life. It’s a living breathing art form that’s always evolving and always changing.”

If you want to take a look at the full video, you can watch it here:

The historic transformation of EPCOT will take another step forward in early February with “The Soul of Jazz: An American Adventure,” a new exhibit debuting inside The American Adventure. Featuring Joe Gardner from Disney and Pixar’s “Soul” – now streaming on Disney+ – you’re invited on a musical tour of America to learn about this inspiring genre of music.

At the moment, The American Adventure does not seem to be closed for any refurbishment from now through to February, so the addition is likely a non-invasive one. The new Soul exhibit will be one of the many new additions that EPCOT will experience in 2021 as we ring in Disney’s 50th Anniversary Celebrations — including (but not limited to) the Guardians of the Galaxy: Cosmic Rewind coaster as well as Remy’s Ratatouille Adventure and the newly expanded France Pavilion!

If you want to book a Disney World vacation so that you can experience all of the new offerings EPCOT will have, as well as explore Magic Kingdom, Disney’s Hollywood Studios, and Animal Kingdom, you can easily get started today! Click here to begin planning.

Are you happy to see Soul come to EPCOT in the form of an exhibit? What do you expect from the new attraction?

Comments Off on ‘Soul’ Is Coming to EPCOT’s American Pavilion!