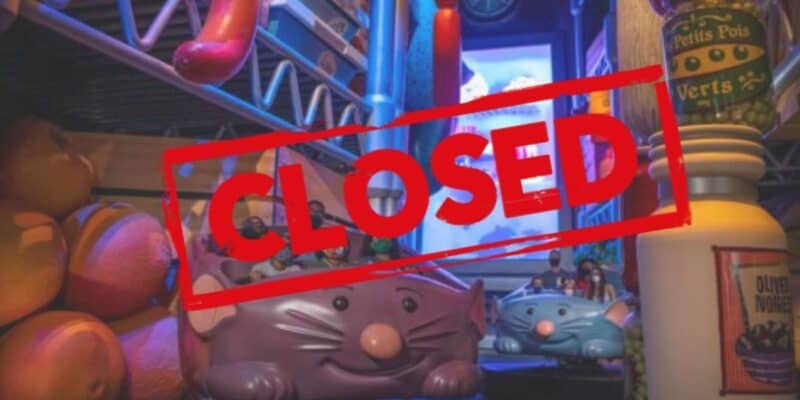 According to My Disney Experience, at approximately 4:27 p.m. on October 10, Remy’s Ratatouille Adventure is temporarily closed, which you can see in the screenshot below.

According to WDW Stats on Twitter, Remy’s Ratatouille Adventure was interrupted at approximately 4:00 p.m. for unknown reasons:

At this time, we do not know what is causing the downtime, but Inside the Magic will update you as we get information.

The new Disney Park ride shrinks riders down to the size of a rat, who then, have to scurry along with Chef Remy through Gusteau’s Restaurant in an adorable rat-shaped ride vehicle.

Disney World describes the ride as:

Have you ridden Remy’s Ratatouille Adventure yet? Do you enjoy the ride? Let us know in the comments below.