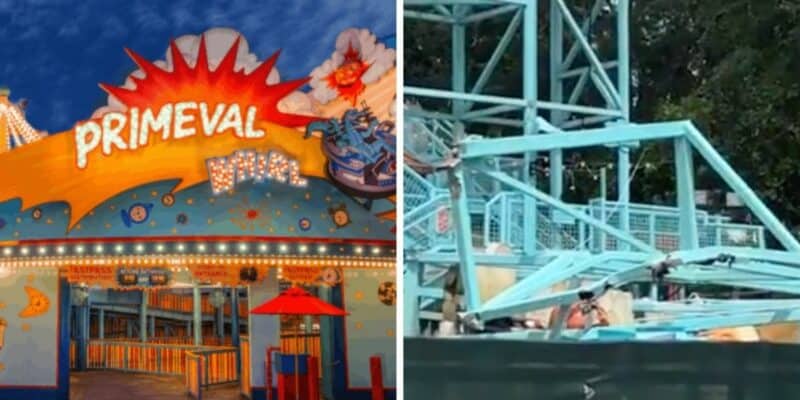 Disney is continuing to demolish one of the Disney Parks attractions in Animal Kingdom — Primeval Whirl.

Though we knew this would come eventually since last year Walt Disney World announced Primeval Whirl is permanently closed, seeing the ride be demolished right before our eyes is still a bit shocking.

The news of Primeval Whirl permanently closing came after months of Primeval Whirl, the popular spinning dinosaur-themed coaster ride in DinoLand, USA, remaining closed throughout the summer of 2019, and it was unclear why.

Last week, we reported that the demolition on Primeval Whirl was continuing as parts of the attraction were being removed — including part of the track! Now, we are seeing the track turn into a pile of rubble as Disney continues to demolish the ride.

Courtesy of Mikey Views on Twitter, we can see portions of the track are now destroyed and in a pile:

The End is Near! ☄️ pic.twitter.com/2EistC6Mxg