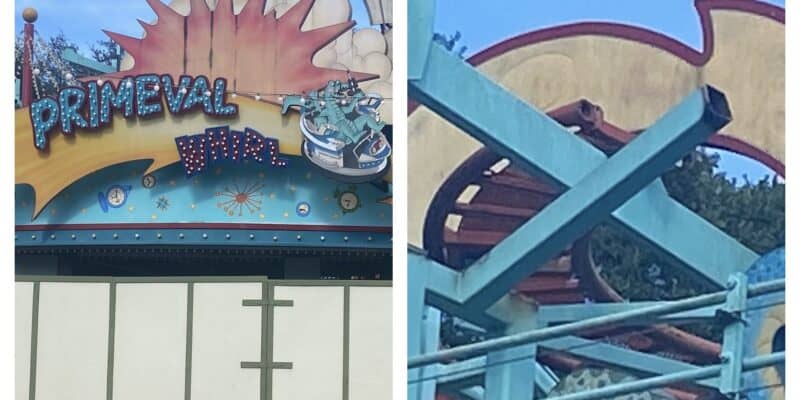 Out with the old and in with the new. Disney is continuing to demolish one of the Disney Parks attractions in Animal Kingdom — Primeval Whirl.

We knew this would come as last year, Walt Disney World announced Primeval Whirl is permanently closed. The news came after months of Primeval Whirl, the popular spinning dinosaur-themed coaster ride in DinoLand, USA, remaining closed throughout the summer of 2019, and it was unclear why.

Last week, we reported that the demolition on Primeval Whirl officially began and today, we can see that they are continuing to remove parts of the attraction — including part of the track!