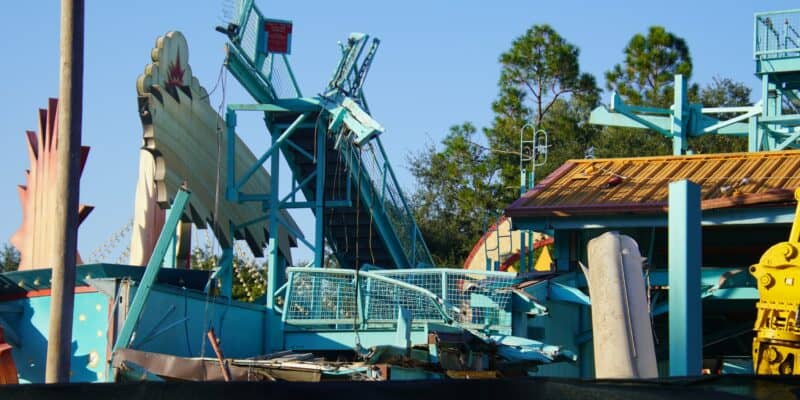 Disney World is continuing to demolish one of the Disney Parks attractions in Animal Kingdom — Primeval Whirl.

We knew this would come as last year, Walt Disney World announced Primeval Whirl is permanently closed. The news came after months of Primeval Whirl, the popular spinning dinosaur-themed coaster ride in DinoLand, USA, remaining closed throughout the summer of 2019, and it was unclear why.

Inside the Magic has been updating our audience on the demolition progress over the last few weeks, and today, we are sharing that one of the two tracks at Primeval Whirl is practically gone.

Thanks to bioreconstruct on Twitter, we can see the current state of Primeval Whirl at Disney’s Animal Kingdom where one of the two tracks is mostly gone. Per bioreconstruct:

Demolition continues at Primeval Whirl. One of the two tracks is mostly gone.

Demolition continues at Primeval Whirl. One of the two tracks is mostly gone. pic.twitter.com/djkSmsu2SD

bioreconstruct also shared the following photo of the demolition, which shows the construction vehicles and just how much of the track is now gone: