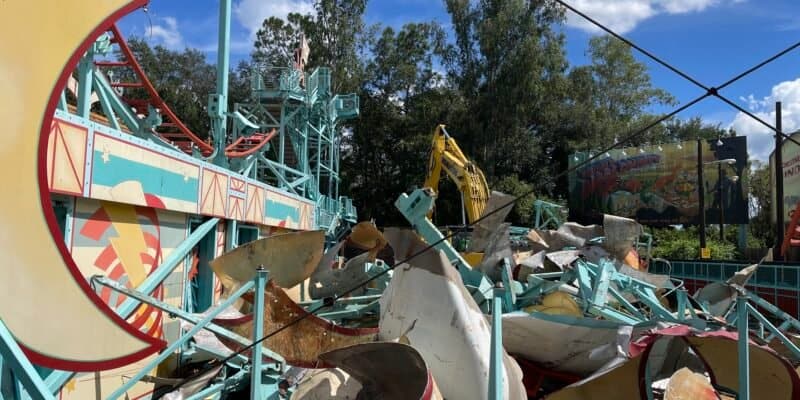 Disney is always finding ways to reinvigorate its theme parks. At Walt Disney World Resort, we are always seeing the entire property reinvent itself.

Whether a Resort is being refurbished or an entire Park as a whole, such as EPCOT’s massive overhaul that is currently ongoing, Disney World is always ensuring that they are giving their Guests the best possible experience. At Disney’s Animal Kingdom, we recently saw Pandora – World of Avatar join the theme park but since then, not much has been going on at the Park in terms of updates.

In DinoLand U.S.A., one of the multiple lands of Animal Kingdom, many have been wondering what the fate of Primeval Whirl, the astroid roller coaster, would be. We then learned that the attraction shut down for good, and now we can see that demolition is underway. We recently reported that the teardown had begun, but now, we can see that the ruble is quite extensive.

As you can see below, photographer Disparkphoto (@disparkphoto) was in the Park and captured the demolition.

As seen below, the majority of the track has quickly been torn down, as Disney is moving through the demolition with speed. 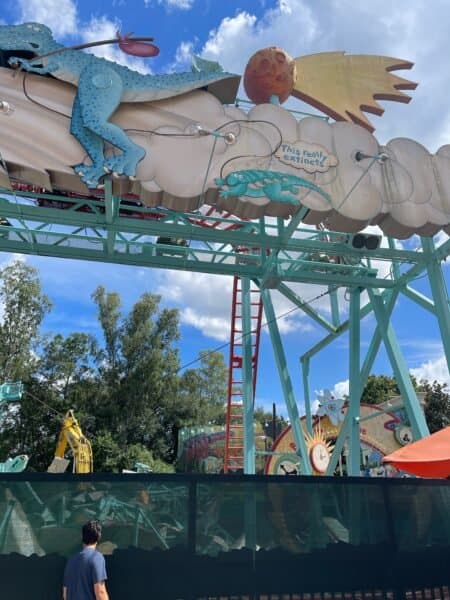 At the moment, we are not sure what will be replacing Primeval Whirl, if anything. Disney has not announced what they will be doing with the space. We do know that DinoLand U.S.A. is a popular spot in the Park with TriceraTop Spin located next to it, as well as DINOSAUR being steps away. Guests can also enjoy The Boneyard, an interactive area, as well as carnival-style games and multiple food offerings and photo spots. Suppose another attraction was to replace Primeval Whirl. In that case, my personal speculation is that it would integrate itself into the land, as opposed to the land receiving a total overhaul, as some fans have speculated.

The official Disney description for the attraction read:

What would you like to see take the place of Primeval Whirl?