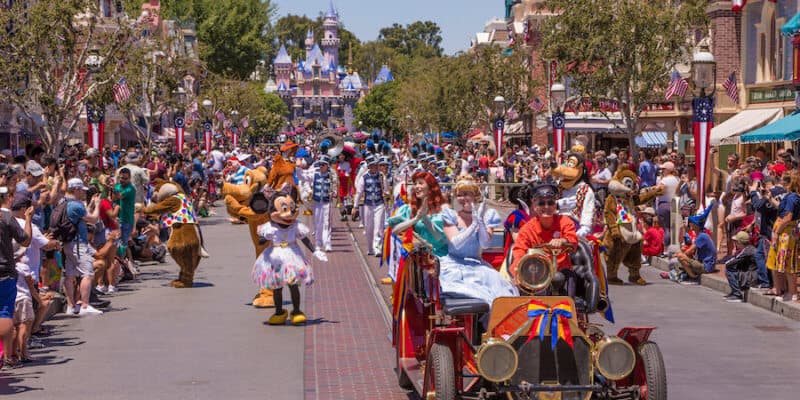 In 2019, Disney saw more than 18 million Guests walk through its gates. 2020 was poised to be another big year, but then COVID hit and the gates to the Happiest Place on Earth were forced to close. While Disney hoped to be able to reopen quickly to mitigate the damage, the theme parks remained closed for a record 412 days.

Disneyland Resort was only open for about 2 1/2 months before it had to close, which caused the Southern California theme park to see an 80% decline in attendance — with only just over 3 million people visiting in all of 2020.

However, things are changing and visitation is once again seeing a sharp increase. According to a report from Placer.ai via The Orange County Register:

Disneyland attendance was just below 25% compared to 2019 levels when the parks reopened on April 30 after a 412-day state-mandated coronavirus closure, according to the Placer.ai report.

Disneyland attendance climbed to approximately 35% compared to 2019 levels by early June and more than 60% after California state officials lifted most COVID-19 health and safety restrictions on June 15, according to the report.

In July, Disneyland’s daily attendance topped 75% compared to 2019 levels, according to the report.

Disneyland attendance growth slowed slightly in early August in part due to rising COVID-19 cases related to the Delta variant, but continued to rise in late summer after the brief downtick, according to the report.

By late August, Disneyland attendance climbed to nearly 85% of 2019 levels, according to the report.

Disneyland, as well as other California theme parks like Universal Studios Hollywood and Knott’s Berry Farm, were not able to bounce back as quickly as other out-of-state theme parks due to the fact that California had strict reopening and capacity guidelines in place until mid-June 2021.

Disney CEO Bob Chapek has said that the Disney theme parks have slowly been increasing capacity, figuring out what numbers the Parks can handle to keep both Guests and Cast Members safe. However, Disney has been keeping mum on what their actual capacity numbers have been or what they are currently at for both Disneyland and Walt Disney World.

While it is unknown if Disneyland and Disney California Adventure Park are close to operating at full capacity, Guests are noticing the increase in crowds as reservations for Magic Key Holders are booked weeks in advance.

Does it surprise you to see Disneyland’s attendance getting closer to pre-pandemic levels? Let us know in the comments!