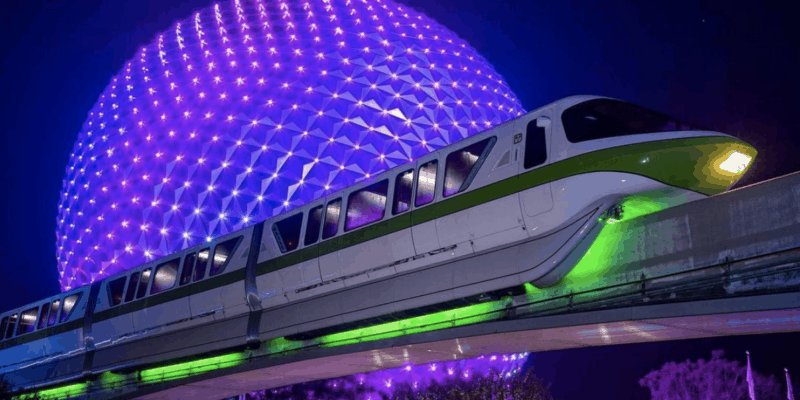 If there is one thing that many of us have realized by now, it is that Facebook and Instagram are both down. When something dramatic, like two of the major social media moguls going down, people flock to whatever is left; in this case, it is Twitter.

Disney’s social media team is rarely as cheeky as Universal Orlando Resort. Still, it seems that one of their accounts is following the trend of taking to Twitter since everyone else is already there, as it is the most popular form of social media still functioning. The Disney Institute (@disneyinstitue) Tweeted out a photo of the new monorail lights, which debuted during the Harmonious soft opening. However, the best part about this Tweet is that Disney is referencing that everyone is on Twitter right now due to the outage.

Since everyone’s on Twitter right now, can we get an RT for this awesome #monorailmonday pic?

We can even see that they used the #facebookdown hashtag that is trending on Twitter. In the photo, Disney is highlighting one of the newest changes to their monorail system. Some of the more recent additions we have seen at the parks have been plaques on the Walt Disney World Resort property entrance, new banners announcing the celebrations, busses decorated for the event, and now, the monorails have been completely transformed!

For the 50th anniversary celebration, Guests hopping onto a monorail at night or walking near one will see that they are now lit up based on the color of their stripe. This is something we have never seen before, and although it is not a massive change, it is a strong magical touch that will illuminate the night even further, complementing the Beacons of Magic at each Park.

Guests will also notice that the gold monorail has a 50th anniversary wrap on it with Mickey Mouse, Minnie Mouse, and some of our other favorite Disney pals greeting Guests as it brings you to Magic Kingdom, EPCOT, a few Disney’s Resorts, and the Ticket and Transportation Center!

What do you think of the new monorail design and Disney’s reference to the Facebook outage when promoting it?