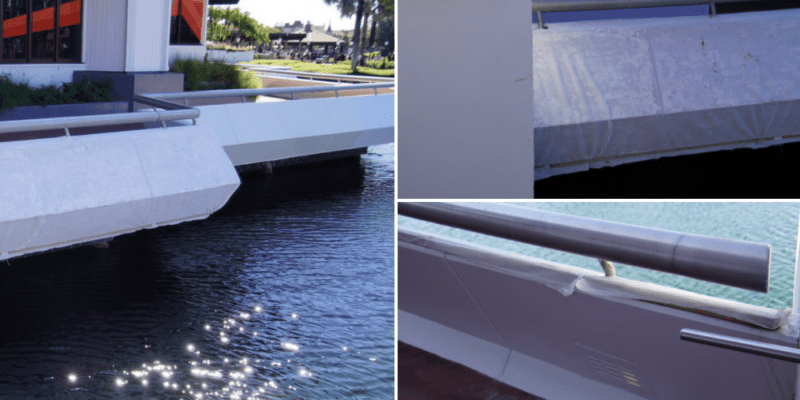 Disney World is always constantly updating, as Disney Imagineers continuously create new lands and areas within the theme parks. In contrast, other areas must have refurbishments done so that the parks always look good as new.

Disney World takes pride in its near-perfect aesthetic, which means that even when a refurbishment is in place, there are ways that Disney is ensuring that the changes are as aesthetically pleasing as possible, even during construction. We tend to see this with themed construction walls and image-based facades that cover the construction, but look just as it would on a normal day. For example, when the Emporium at Magic Kingdom was being refurbished, there was a scrim that covered the construction but had the facade of the store printed on it, so that Main Street, U.S.A., still had its charming aesthetic and would look great in photos.

At the moment, EPCOT is a massive construction zone, but there is one area that is being touched up that you may not have noticed because Disney has managed to hide it so well. Bioreconstruct (@bioreconstruct) noticed a perfectly hidden refurbishment at the Disney Park, which shows that the rim of the Odyssey building is receiving updates.

As we can see, there is a white cover around the side of the exterior, but it is placed so perfectly that unless a Guest takes a double-take, they may not notice. This seems to be a small refurbishment, but it is great to see that no matter the size of the construction, Disney does their best to hide the changes from Guests so that it does not pull away from the magical experience.

What refurbishments have you noticed to be done well at Disney? Have there been any that seem to be overly intrusive?