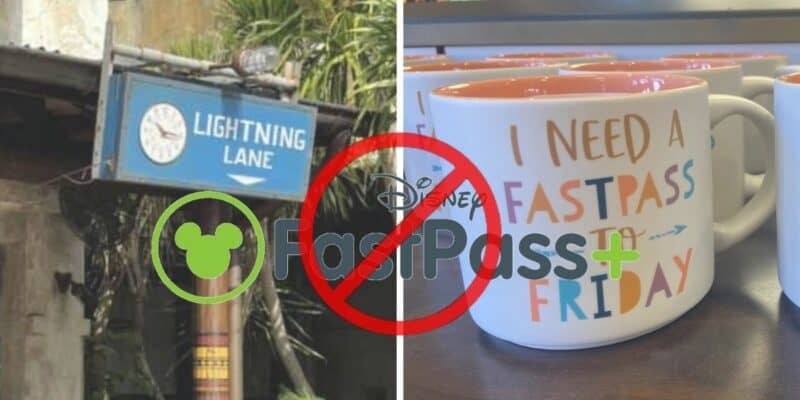 But despite Lightning Lane debuting soon, Disney is still advertising FastPass even though it will be retired.

On a recent trip to Disney’s Hollywood Studios, we noticed a coffee mug on display that reads “I need a FastPass to Friday”. Though these mugs were probably manufactured prior to Disney announcing that Lightning Lane will replace FastPass, it is interesting to see that these coffee mugs are still being sold since FastPass no longer exists in the theme parks.

In fact, we have been reporting recently on how Lightning Lane signage is replacing the FastPass signs on various Disney World attractions, including “it’s a small world”, Tower of Terror, Soarin’ Around the World, Pirates of the Caribbean, and more. So with Disney beginning to remove all mention of FastPass within their Parks, again, it is interesting to us to see that this FastPass-themed coffee mug is still being sold on property.