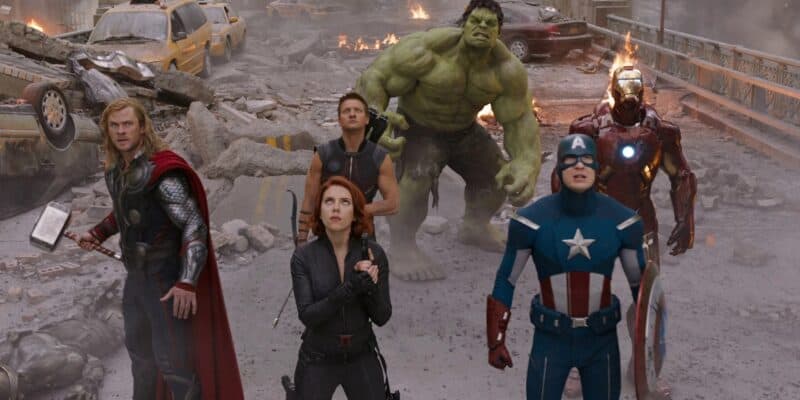 The Marvel Cinematic Universe is saturated with big names and well-known stars playing its popular heroes. From Robert Downey Jr. and Scarlett Johansson to Benedict Cumberbatch and now Awkwafina, the MCU is an encyclopedia of who’s who in Hollywood.

And a new book has just revealed another famous face who was wanted for a role in Marvel Studio’s Avengers (2012).

The Story of Marvel Studios: The Making of the Marvel Cinematic Universe is a new book written by Tara Bennett and Paul Terry, detailing an exclusive behind-the-scenes story of the MCU. The book reveals many never-before-heard tidbits about the creation of the majorly successful Marvel Cinematic Universe, including a section on the groundbreaking Avengers movie.

According to the book, the original script of the ensemble movie, featuring six superhero character crossovers, focused heavily on Wasp as a major player in the Avengers team, and had Zeke Stane, Obidiah’s son, as the main villain.

And apparently, director Joss Whedon wanted none other than New Girl‘s Zooey Deschanel to play the role of Wasp in this iteration of the Avengers movie.

There was concern during production that Scarlett Johansson wouldn’t be available to reprise her role as Black Widow after appearing in Iron Man 2. Whedon ended up rewriting the whole script to remove Black Widow and introduce The Wasp, who became the most significant character in the movie’s plotline.

Fans didn’t see Wasp in the Marvel Cinematic Universe until 2015’s Ant-Man, alongside Paul Rudd as the titular character. It seems if Johansson wasn’t available, however, we would have had seen a VERY different Marvel timeline play out, with much less focus on Black Widow and a more comedic Wasp character.

“It was all about The Wasp. He wanted to cast Zooey Deschanel. [Wasp] was the funniest character in the whole movie, and well-written.”

“The Wasp happened because there was a short period where it looked like we weren’t going to be able to get Scarlett [due to scheduling conflicts], so I was panicking. I thought, ‘Hold on, we could do The Wasp.’ Then I fell in love with that. But we did get Scarlett, and then I realized I had written this entire movie about The Wasp. Oops. I overcompensated there.”

Lilly will next be seen as Wasp in the upcoming Ant-Man and the Wasp: Quantumania (2023), in which it has been revealed her and Ant-Man will be battling the villain Kang, played by Jonathan Majors.

Of course, Zooey Deschanel did not become a superhero in the Marvel Cinematic Universe, but went on to star in the iconic lead role in New Girl, alongside Jake Johnson, Maz Greenfield and Lamorne Morris. Maybe there’s still another opportunity coming in the future with the long list of future Marvel Studios project planned.

What do you think of The Wasp being a main character in Avengers? Would you have liked to have seen Zooey star? Let us know!