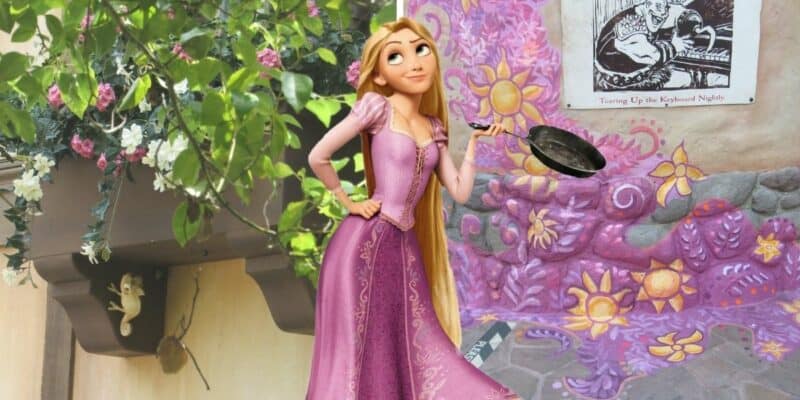 Fans have been asking for more Tangled representation in the Disney Parks ever since the film debuted in 2010. In fact, there are only a handful of smaller themed areas or icons that this fan-favorite animated movie has inside the Disney Parks.

At this time, there are the Tangled-themed bathrooms at Magic Kingdom in Walt Disney World, a Tangled quick-service restaurant inside Shanghai Disneyland, and Rapunzel’s tower at Disneyland Park in Disneyland Resort.

However, there is one Tangled experience located inside Magic Kingdom at Walt Disney World that you may not have known about — and the best part is that it’s free!

When the kingdom’s most wanted, and most charming, bandit Flynn Rider hides in a mysterious tower, the last thing he expects to find is Rapunzel, a spirited teen with an unlikely superpower: 70 feet of magical golden hair! Together, the unlikely duo sets off on a fantastic journey filled with surprising heroes, laughter and suspense

Well, the next time you are visiting Magic Kingdom at Walt Disney World and you want a Tangled experience, be sure to stop by the Tangled-themed restrooms in Fantasyland as there is a hidden game implemented into this section of the theme park.

Pascal, Rapunzel’s best friend and sidekick, has friends hiding all around the area. In fact, Guests can try and find 10 friends of Pascal in the surrounding area and scenery. Be sure to check the flowers and greenery, but looks close because he is a chameleon, after all — meaning he does a really great job blending in with his surroundings!

Here are some of the Pascal’s we found hidden around the area!

So the next time you are visiting Magic Kingdom, make sure to swing by the Tangled-themed restroom area and search for hidden Pascals! It is a great scavenger hunt and everyone of all ages can participate.

How many hidden Pascals have you found at Magic Kingdom? Let us know in the comments below.