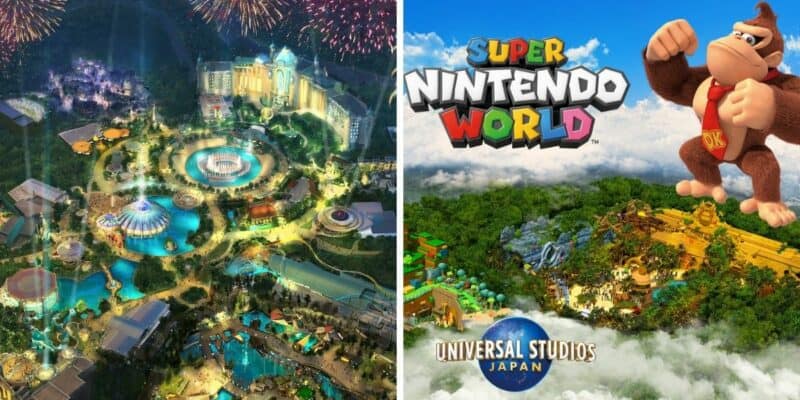 Nintendo and Universal recently announced that a Donkey Kong expansion to Super Nintendo World at Universal Studios Japan is coming in 2024.

Universal stated that this land will be home to retail, dining, and a roller coaster, all of which you can see in the model above.

We cannot wait to see Donkey Kong come to life at Super Nintendo World in Universal Studios Japan. But will we see this area come to Epic Universe?

It is important to note that Universal has not given much information on Epic Universe at this time. So we will need to wait and see if Donkey Kong is announced for Epic Universe, all we can do now is cross our fingers and replay our favorite Nintendo games while we wait for more information.

Do you think that Donkey Kong will come to Epic Universe? Let us know in the comments!