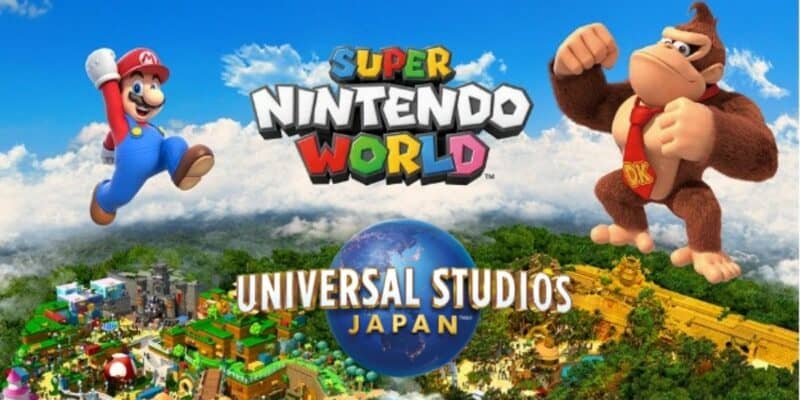 “Super Nintendo World ™ ” Area expansion decision  The world’s first “Donkey Kong” area is born \ Very popular #スーパーニンテンドーワールド Has expanded, and ride attractions have also appeared in a new area with the theme of “Donkey Kong” Scheduled to open in 2024  looking forward to!

Universal shared a few more details about the new Donkey Kong area in a press release:

To further immerse guests into Nintendo’s well-known series of games, Universal Studios Japan will expand the land to include a new area themed after Donkey Kong. The new area will bring to life the world of one of Nintendo’s most beloved games and feature a roller coaster, interactive experiences, themed merchandise and food – and all the fun and excitement of SUPER NINTENDO WORLD. Guests will feel like they are playing inside the world of Donkey Kong as they take a walk on the wild side through the lush jungles where Donkey Kong and his friends live. The new area is set to open in 2024.

The Universal creative team and the Nintendo creative team — including Shigeru Miyamoto, the creator of Super Mario — will bring the new Donkey Kong themed area to life. The area will be a gamechanger that combines the innovative technology and globally popular approach to theme park entertainment of Universal with the creativity of Nintendo. With the addition of the Donkey Kong area, SUPER NINTENDO WORLD at Universal Studios Japan will increase in size by approximately 70%.

Guests visiting Super Nintendo World at Universal Studios Japan can currently race in a real-life Mario Kart and even venture into Bowser’s Castle to help Princess Peach recover the stolen Golden mushroom. Toad House has also been turned into a super adorable restaurant, Kinopio’s Café, where Guests can indulge in some seriously adorable food.

In addition to the great rides and Instagrammable food, there is also a ton of fantastic merchandise that Guests can purchase in the 1UP Factory. Even better, you can meet some of your favorite Nintendo characters in Super Nintendo World, including Mario, Peach, Luigi, and more!

Soon, Guests won’t have to travel all the way to Japan to get their Super Nintendo fix. Universal Studios Hollywood is currently building their own version of Super Nintendo World. Construction fell behind due to the pandemic, and the area does not currently have an opening date, but Universal Studios has recently brought in some merchandise to hype Guests up for the highly-anticipated opening.

Inside the Magic will keep readers updated as we learn more about the exciting new Donkey Kong addition!

Are you excited to see a Donkey Kong expansion coming to Super Nintendo World? Let us know in the comments!

CLICK HERE to book your Universal Studios vacation with our friends at Academy Travel – an EarMarked Diamond travel agency that can provide you with a free quote today!