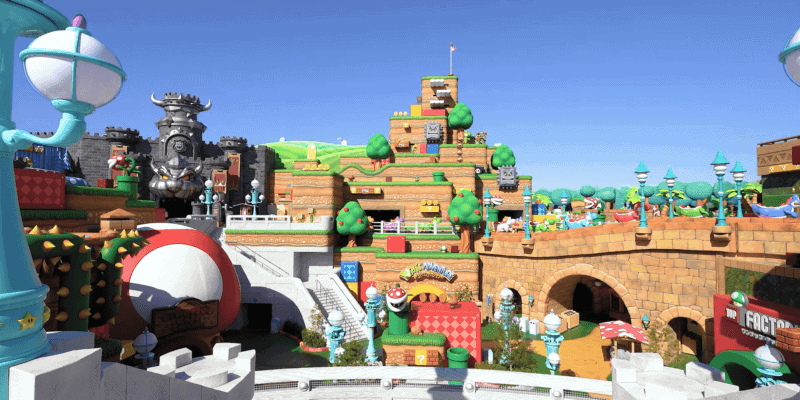 This guide gives fans a look at the must-dos when visiting Super Nintendo World.

Related: Know Before You Go: Face Masks at Universal

Thanks to this new online guide, you can plan a perfect day at Super Nintendo World. Universal will continue to update this guide with more details; for now, these are just the basics that you need to know for planning your first visit. It highlights the must-dos.

The most important section of this guide is undoubtedly the Power-Up Bands, as using the bands unlocks the interactive elements inside Super Nintendo World. In addition to showing you the secrets of the Power-Up Bands you will see the attractions, dining locations are more!

Super Nintendo Worlds’ biggest attraction is, of course, Mario Kart: Koopa’s Challange, the second attraction inside the land is geared towards families and themed to Yoshi called Yoshi’s Adventure.

You can see the latest construction milestones from Super Nintendo World at Universal Studios Hollywood here.

What do you think of this Super Nintendo World planning guide? Let us know in the comments!