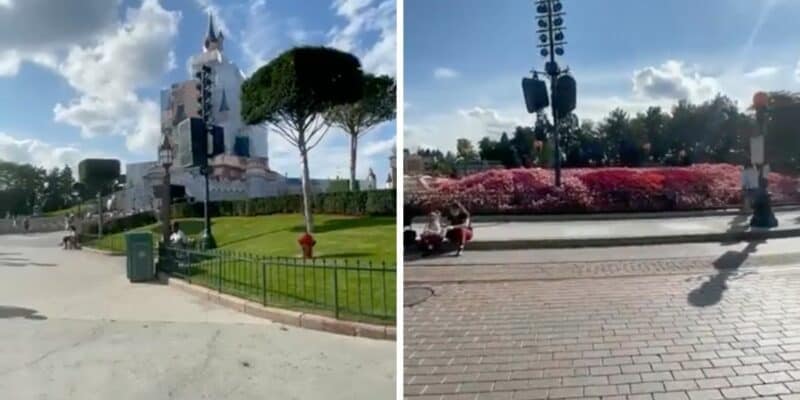 When Guests walk into any one of the six Disney Parks around the world — Walt Disney World, Disneyland, Disneyland Paris, Tokyo Disney, Hong Kong Disney, or Shanghai Disney — they are instantly met with background music that helps to transport them into a world of fantasy and magic.

The background music, though plays an important part in that pure Disney magic, it is often something that Guests do not notice right away. Instead, their focus goes to their surroundings such as Cinderella Castle when walking into Magic Kingdom at Walt Disney World to the iconic Disney train station at Disneyland Park in Disneyland Resort.

With all of this being said, can you imagine walking into one of the Disney Parks and it just being completely silent? No background music at all? Well, that’s what happened to some Guests visiting Disneyland Paris recently.

Related: Take Your Ears to the Magic Kingdom With This Stunning Ambient Music Loop

DLP Report took to Twitter to share a video of Guests walking around Central Plaza at Disneyland Paris with absolutely no background music along with the caption:

When watching this video, it almost feels like an apocalypse is happening as it is a rare sight to be walking around one of the Disney Parks without any background music playing at all. Hopefully, Disney is working on getting the background music back up and running, but at the time of publication, we are unsure of what caused this malfunction.

Please keep in mind that if you plan to visit Disneyland Paris in the near future, you must abide by the new safety protocols. Before visiting the theme parks, visit the Disneyland Paris website and familiarize yourself with the health and safety rules.

Have you ever experienced a Disney Park without the background music playing? Let us know in the comments below.