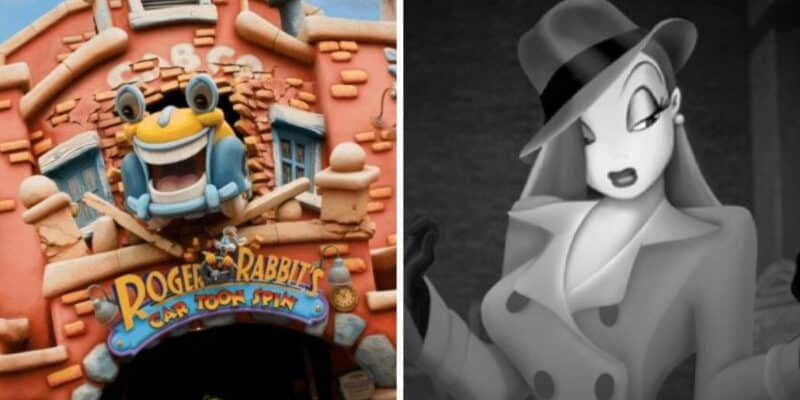 For starters, ITM reader Chris brought up the comparison to other Disney attraction revamps like Splash Mountain and Jungle Cruise, writing:

So we can’t have Splash Mountain or headhunters in The Jungle cruise because it isn’t culturally appropriate, but we can have a scantily clad woman as a lead in an attraction that should be about Roger Rabbit that is literally sexualizing her, how does this make any sense?

To which another ITM reader, Carey, replied with:

I couldn’t agree with you more!

Just get rid of the whole ride!!! The movie is horrible and outdated, the ride even worse. Disney is better than this ride.

While another ITM fan, Adam brought up how the ride was originally supposed to have two floors and how he wishes they would put more creative work into that aspect:

I wish they’d put this creativity into making the second level work. It’s such a great ride! I was so fascinated to hear that there was a balcony level as well.

Gerado T., an Inside the Magic Facebook follower, commented on our recent post about the new revamp, expressing their excitement:

And Brent M. did not hold back as he explained his perspective:

Jessica has always been about being different than what she seems. In the movie, she’s set up as a femme fatale (“His wife’s poison but he thinks she’s Betty Crocker.”) when she’s actually a loyal, loving spouse. In the ride, she’s set up as the damsel in distress you and Roger are supposed to rescue, but when you get to the end, you find she’s already escaped and is hitting her captors on the head with a mallet. (“This is gonna hurt you a lot more than it hurts me.”) The one who Roger ultimately rescues is not Jessica, but YOU the rider, as he places a portable hole on the wall for you to escape the Dipmobile. I guess the idea is that once people see the set-up, they don’t have the patience to wait for the payoff. On a 4 minute ride. Perhaps people were jumping on Twitter while onboard the ride to complain about Jessica getting kidnapped before they saw the part where she turned the tables?

Flor G. is extremely excited about this change as they wrote:

This is actually amazing. What an update!

Overall, it seems the feedback of the revamped storyline is more on the positive side, though some are a bit confused as a handful of fans have brought up the comparison to other Disney attraction revamps like Splash Mountain and Jungle Cruise.

At this time, the official Disneyland website still describes this ride as:

How do you feel about Disney revamping the storyline of Roger Rabbit’s Car Toon Spin to focus on Jessica Rabbit? Let us know in the comments below.