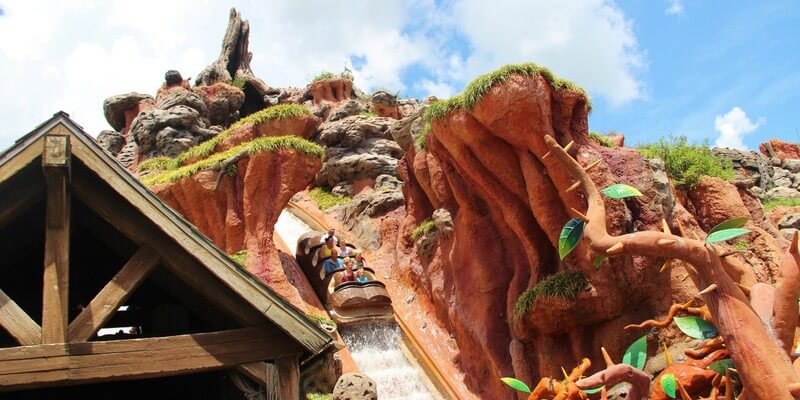 Last month we reported that scaffolding appeared on the side of Splash Mountain, which many suspected could be for the upcoming The Princess and the Frog retheme (though nothing has been confirmed at the time of publication).

Now, it seems that Disney is gearing up for even more construction work as a new permit has been filed.

Disney has filed a permit for general construction work for the location of Splash Mountain with the contractor USA Venueserv Inc. This could be relating to the upcoming The Princess and the Frog retheme; however, that has not been confirmed at this time.

In fact, we still do not have a date as to when Disney will make these changes to Splash Mountain at Disneyland and Disney World, but Melissa Valiquette, Vice President of Magic Kingdom recently stated “When we are reimagining a new attraction or area, this can be a lengthy process”, indicating it could be some time before we see Tiana take over Splash Mountain.

The permit could be relating to anything as minor as paint or something a bit more noticeable. (For example, the scaffolding on the side of the mountain that Guests simply cannot miss.) Again, at this time Disney has not announced what exactly this permit is for but Inside the Magic will update you as we get information.

What do you think this Splash Mountain permit was filed for? Let us know in the comments below.