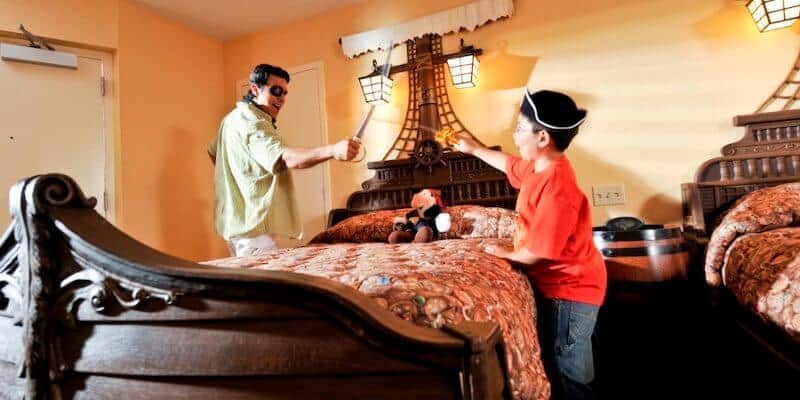 Whether you prefer Walt Disney World Resort Value Resorts, Moderate Resorts, or Deluxe Resorts, your onsite hotel experience is about to get an upgrade!

Earlier this week, Disney announced their new “Hey, Disney!” collaboration with Amazon Alexa smart devices, and now, the company has confirmed that all Walt Disney World Resort hotel rooms will be equipped with Alexa units.

These devices will function as an in-room concierge for Guests, allowing them to do everything from order fresh towels to find out bus departure times to call the front desk for assistance — essentially these devices will help further improve the Guest experience in every one of Disney World’s 30+ Resort hotels.

You can get a glimpse of the new interface above and below.

Related: EPCOT Barges Light Up For the 50th Anniversary of Walt Disney World

Per the initial Disney Parks Blog announcement regarding the Disney and Amazon partnership:

As we kick off the 50th anniversary of Walt Disney World Resort, we’re excited about the ways that technology will add to our celebration – and beyond. Today we announced a project with Amazon called “Hey, Disney!” With it, we’ve created our own custom assistant, using Disney stories, characters and more – all built on Amazon’s Alexa technology.

Whether you’re at home or in one of our Walt Disney World Resort hotel rooms, soon you’ll be able to use an Echo device to interact with your favorite Disney, Pixar or Star Wars characters. “Hey, Disney!” will make your vacation easier, more meaningful and more fun … and it will entertain and delight you when you’re at home, too. It raises the bar for immersive storytelling with authentic character voices, unique audio environments inspired by our films and destinations, and more than a thousand magical interactions to discover – so you can expect a few surprises!

Are you excited about this new service?